The night of Friday, September 9th, a large crowd gathered outside Harvard’s Bright-Landry Hockey Center. The amalgamation of individuals standing under the imposing shadow of the stadium ranged from elders in elegant dress to freshmen who barely found the location on time, slipping through a hole in the gate because they missed the front entrance. The stadium inside reflected its exterior, as veterans of the show knew the wonder about to occur while those inexperienced awaited with uncertainty and curiosity. I, clearly, was one of the latter: intrigued, unaware, and just a little bit chilly. I had decided to attend on the recommendation of an upperclassman friend, who described the event as “a compelling and elegant show on ice.” I looked around the stadium, eager to find familiar faces, and instead saw an arena only half full. But as the host skated gracefully to the center of the ice, all doubts were forgotten as the Evening with Champions began. The lights dimmed, and the show commenced.

While Evening with Champions inspires awe and wonder through the sheer gracefulness and talent of its skaters, the ultimate purpose of the event is far greater. The Evening with Champions show donates the proceeds from donations and ticket sales to the Jimmy Fund, an organization that employs grassroots efforts to raise awareness and funds for the Dana-Farber Cancer Institute in Boston. The event is entirely run by Harvard students, and features some familiar Harvard faces in the cast as well.

Host Emily Hughes, 2006 Olympian and a 2011 Harvard graduate, introduced the highly distinguished and diverse cast before they took the stage for the next three hours. The first to do so was a solo performer—Selena Zhao, of the Class of 2020.  Already a 2015 Canadian Junior Champion, Selena represented the incoming freshman class with grace, precision, and incredible talent.  There are few moments more inspirational than seeing a classmate excel in such an incredible manner.

Selena was followed by an incredible lineup of skaters, including seven Olympians and a number of individuals with other impressive accolades. Each of them marked their performance with a distinct choice of music and style of skating, which kept the audience’s attention throughout the show.

Between the daring waltz jumps, salchows and toe-loops of the performers, however, was a moment of pure transience and fragile beauty as Ludmila Belousova and Oleg Protopopov skated slowly to the center before they began their performance. Possibly the most distinguished set of Champions to date, as two-time Olympic gold medalists and four-time World Champions in pair skating, the couple was a highlight of the show to begin with. What no one, including myself, expected, however, was that the couple, in their eighties and originally from the Soviet Union, were celebrating their wedding anniversary that night. Tears abounded as the couple melted hearts through their elegant and romantic skating. 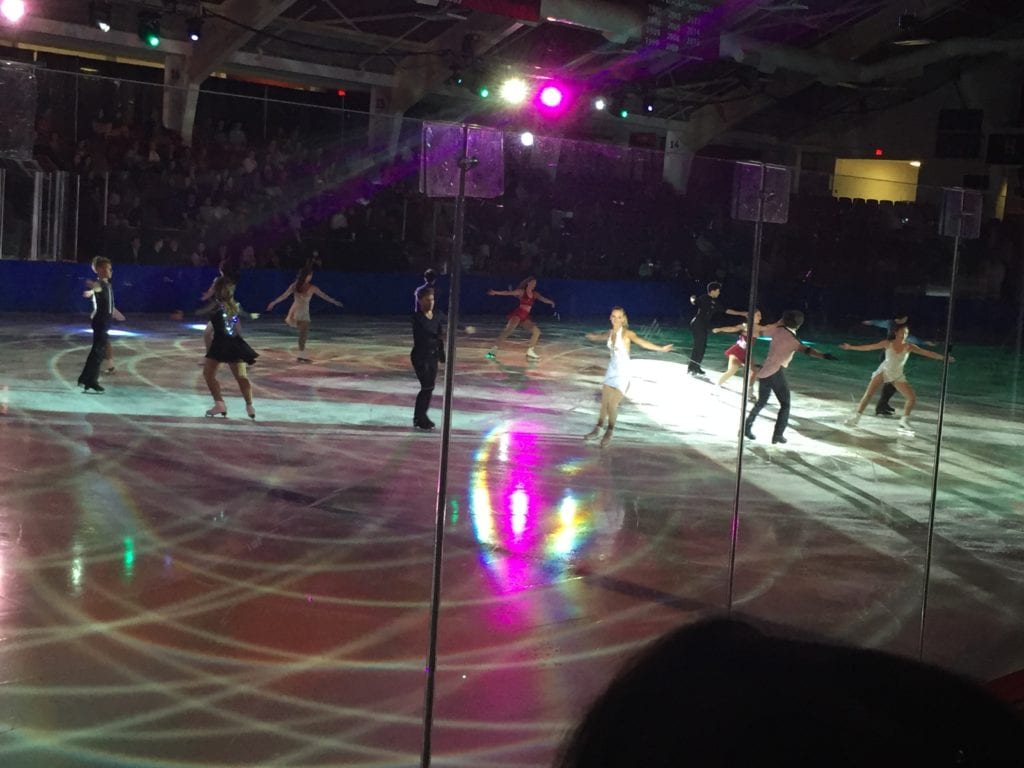 As we walked out of the stadium after the show was over, students immediately clustered enthusiastically to discuss: we planned to go back every year and babbled continuously about each of the performers from Harvard and around the world. The altruistic vision of the organization, along with the sheer delicacy and excitement of the performance, made the Evening with Champions an event to remember.

Not only did the Evening with Champions provide a much-appreciated diversion from the intense nature of academic life at Harvard, but it also lifted artistic and charitable spirits in us all. The show went beyond a delightful evening treat and became, for us all, a reminder. It reminds us that the stories of driven athletes, empowered artists, long loves, and generous hearts are all around us at Harvard. We must not take them for granted.