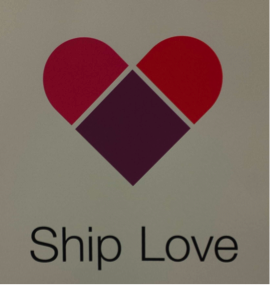 I have now seen a bright blue sky capped over an arid rooftop garden. Riding between buildings in a Disneyland-like tram, I have wafted through the salty breeze coasting in from the edges of a tidal mud flat. I have taken work breaks that involve 20 minutes of Dance-Dance Revolution immediately followed by two seared fish tacos and a compostable cup of freshly made horchata.

I have eaten 30 dark-chocolate bars. I have had to limit myself –lean protein rationalizations aside—to two cups of Greek yogurt a day. I have tasted

Blueberry and Almond Pavlova, and

I have learned to steam milk in the latte machine until a warm froth begins to seep over the rim of my mug. And I’ve stood in the micro-kitchens, each one separated by a maximum of 500-ft, unable to decide between the coconut water or mango juice to wash down my choice of afternoon snack I have paid for none of these things.

“There’s a barber, dentist, and doctor on site. They are NOT free, but you do have 700 dollars this summer to spend toward whatever else you might want…”

I have ridden Wi-Fi enabled, leather-seated buses coming to and from every place imaginable in the Bay Area and SF, each with two pick-up and drop-off times every day and located a distance less than .2 miles to the front door of any engineer’s home. I have a free “n+2-and-a-kitchen” Oakwood apartment the entire summer. Because the gym secretly is an anti-gym stocked with 12 different types of sweet protein bars and 4 different choices of “protein shakes,” I have instead chosen to bike the 6 miles to work and back on my company-assigned Raleigh road-bike. I have showered at the gym every morning: shampoo, body-wash, conditioner, two distinct deodorant sprays, pre-applied tooth-paste brushes, razors, floss, and shaving cream provided. The company’s employees collectively shift scent in synchrony with the rotation of Old-Spice deodorant on display: it has been Fiji for a month now.

“The explicit mission of the life @ office is for you to be able to do your best work by managing all other aspects of your life.”

I have squatted in an audience of 300 other interns as The Vocal Network1 gave us a sample of their most recent arrangement. I have brought dirty clothes to work and have had them returned to me clean in an air-compressed bag to my desk the next day. I have bumped into Zuck himself on a rooftop stroll with 3 other interns and locked eyes with him at a weekly Q&A. I have arrived home after a long day of work to a perfectly made bed and organized shelves courtesy of Oakwood. I have taken a shuttle-bus-and-meal-voucher-complete intern excursion to Great America Amusement Park. I will go on a boat-cruise next week.

“If you’re anywhere around the city of Menlo Park, and you get hurt. Try to remember the security team’s phone number. They’ll get to you faster than 911…”

The following new items have enriched my lifetime collection of material-goods:

two t-shirts (which by now should really be considered muskets in the tech- recruiting arms race of free swag),

a Seinheiser HD 280 pro headphone, and

I have put a hold on buying any new articles of clothing until I can verify what else we might receive in the summer. And I’ve only been here a fortnight.

This entire time “within the castle walls,” I’ve not once come into contact with anyone who might even resemble a cashier. I’ve heard rumors that there’s a few places on campus that actually ask for currency in exchange for goods and services, some sort of heathen quid-pro-quo scheme that requires me to give something up for something else in return. But I have yet to visit any of those places, and no one I’ve asked has either.

“You’ll have the rest of your life to look at a computer screen except for some key moments like at your wedding, when you’re giving birth, during this NDA orientation…”

As the weekends arrive, the conveniences afforded to me on campus vanish altogether, and I’m surrounded by a literal, physical emptiness in my apartment. I wake up on Saturday mornings to an Oakwood-fully-stocked kitchen but an empty refrigerator; there was no need for food throughout the week. I’ve more than once forgotten to bring my wallet with me because I now keep it stashed away with my other daily non-essentials: my passport, my Boy Scouts uniform, pool goggles.

“We are open and connected within the company, but that means you have to keep it zipped up tight when you’re out of the company…You can tell your spouse about it but if anything slips out, that’s on you…”

While the perks of working at a Silicon Valley tech company come without an explicit transactional cost at the moment of exchange – from your free food, gym-access, transportation, health-care, and barber-shop needs to your entertainment and livelihood during the day – never have I witnessed such a seamlessly operated corporate machine embed itself into every aspect of my life, eliminating every small nuisance and every worry imaginable.

“If you do happen to fall in love, you have a duty to report it to HR right away…”

I am a cog within this machine, spinning relentlessly through the night. But, hey, you know….this ain’t bad.

Willy Xiao ’16 (wxiao@college.harvard.edu) is well-fed, fully-groomed, and has nothing stopping him from getting back to programming.