There’s this sentimental idea of traveling during your youth, when you’re still young enough for the world to make a lasting impression on you. As a result, a sense of collective wanderlust often descends upon college students—as if, grasping the ephemerality of their formative years, they want to see as much of the world as possible before descending inevitably into their hectic and responsibility-laden adulthoods. 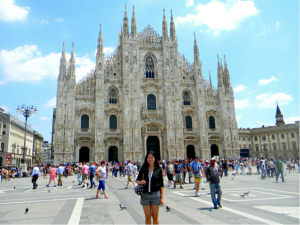 I knew I wanted to study abroad the summer after my freshman year. Having had a taste of international travel during the summer of 2012, I couldn’t wait to branch out and broaden my horizons once again. So I went to all the summer study abroad fairs, picking up colorful brochures with supersaturated DSLR shots of Paris, Greece, Seoul, Berlin, London, Munich, Istanbul, et al, and flipping through them longingly as I tried to pinpoint the continent/country/city that I wanted to explore. 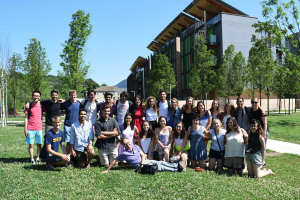 The program that finally caught my eye was an eight-week long course held in Milan and Siena, Italy. It was everything I was looking for in a summer school program. In terms of size/selectivity, it was smaller than most, which guaranteed a more intimate social experience. The curriculum was interdisciplinary and humanities-based, weaving together aesthetics, innovation, and cultural economics. In addition, field trips to art museums, fashion studios, historical landmarks, and adjacent Italian cities were generously sprinkled into the syllabus, emphasizing the real world value of what we were studying.

Particularly unique to this program was the duality of cities that participants would be able to experience. The first month would be spent in Milan, a vibrant global capital of business, fashion, and finance. The program would then move to the charming city of Siena, which was actually designated a UNESCO world heritage site for its beautiful medieval architecture. Of course, there was always the tantalizing option of traveling to nearby European countries on the weekends, when we were free to organize our own activities and itineraries. All in all, it was an opportunity that seemed too good to be true. 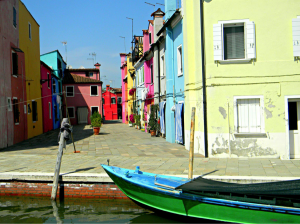 Upon my acceptance to the program, I was so excited for Italy that I began counting down the days until summer. Second semester flew by in a flurry of activity, and summer came as beckoned, greeting me like an old friend. After packing up my belongings from freshman year (Stoughton South—it’s been real), I worked a part-time job in Cambridge, wrote for Crimson commencement, flew to China to visit family and friends, and arrived in Italy, finally, in the middle of June.

Before this trip, the word “Italy” alone would stir my imagination, bringing to my mind some romanticized caricature of rainbow buildings and gondola-filled canals. But Italy is infinitely more than the stereotypes perpetuated by postcards, movies, and Olive Gardens worldwide, and I’ve had the incredible pleasure and privilege of discovering the immense beauty of this country for myself. 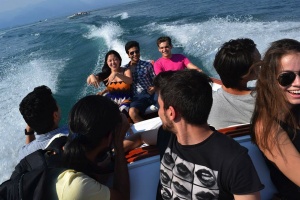 Since coming here I’ve visited Milan, Camogli, Sirmione, Vicenza, Venice, Burano, Trento, Florence, and Siena. I’ve swam in shimmering aquamarine waters next to ancient ruins, and I’ve stargazed at a celestial night sky in front of the Duomo. I’ve witnessed mind-bending installations of contemporary art at the Venice Biennale, and I’ve admired priceless pieces of haute couture at the Emporio Armani Silos. I’ve ridden on a gondola lift up the Italian Alps, and I’ve peered out at all of Siena from the top of the Torre de Mangia. I’ve downed piping hot espressos with bitter-rich afterbites, and I’ve savored heavenly gelatos with the consistency of silken cream.

Everywhere I look, I see a country rich in culture, contradiction, and complexity; one whose flavors I’ve just begun to taste. Although I don’t know where my next Italian adventure will take me, I have no doubt that there will be plenty more to come. 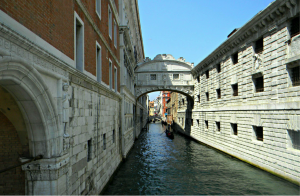