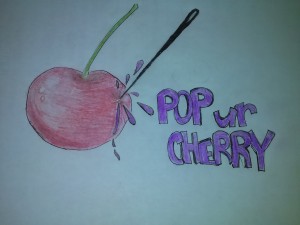 I remember playing truth or dare in seventh grade at a quintessential middle school sleepover. Most of the dares involved calling boys we admitted to having crushes on during truth’s using *67, except for the one dare which forced me to eat cat food because I would rather do that than say the name of the first boy I had kissed (my friend admitted to me that he was gay quickly after the kiss). With the aftertaste of cat food in my mouth, I asked my friend Erin a loaded question for her truth — “truth: when are you going to lose your virginity?”

Looking back on it, that question makes no sense to me. How are you supposed to know when in the future you are going to lose your virginity? Are you supposed to plan for it? Erin paused, and then said that she was planning on losing her virginity when she was 16.

I was 17 when I lost my virginity. Erin and I had a fall out in early high school, so I never knew if she ended up losing her virginity at 16 like she had planned, but for me, losing my virginity wasn’t something that I was expecting to do in high school. I felt like it was pretty important to me to lose my virginity after marriage for a while, and then as I got into a serious relationship, with the guy that I was planning on marrying. If you asked me in that truth or dare game in seventh grade if I was planning on losing my virginity in high school, the answer would have definitely been no. But when I did, I didn’t regret it.

We were in my room, or his room, or in the park on the concrete tunnels we would make out on during the summer, or in his car, or somewhere when I said it: “Why don’t we have sex?” He was surprised, but not against the idea. Once I had established that I was fine with losing my virginity to John, it was no longer a question of after marriage but of when, and where, and what contraception we would use. I knew that I couldn’t ask my mom for birth control, but at the same time I thought that getting pregnant my senior year of high school was going to ruin my life. I didn’t trust condoms, especially after the Friends arc where Rachel gets pregnant from a failed condom and Ross shouts “WHY WHY DO BAD THINGS HAPPEN TO GOOD PEOPLE?”, but there didn’t seem to be many other options. There was pulling out, but I didn’t know how much I trusted John to do it. We decided after a good week of rapid texting back and forth that he would pull out and wear a condom, because there was like, a 1 in 1000 chance of getting pregnant, and so the matter was settled in an entirely non-romantic, non-spontaneous fashion.

After being a devout reader of the Princess Diaries book series, I knew that Mia lost her virginity at a hotel room, and being a rom-com lover, I knew that it would be super cool to lose my virginity after a school dance. I did neither of those things, passing up the chance to do it after my last homecoming dance when we were able to be home alone by some miracle, instead losing it in my twin sized bed while my parents were at a dinner for work. John hadn’t gotten his license yet, so he biked over to my house (there were no Gossip Girl limos in my reality), and I turned on classical music — a steady playlist of our favorites, Tchaikovsky 5, Rimsky-Korsakov’s Scheherazade — in an effort to make the day (not night) special.

Movies and books make losing your virginity sound like some sort of beautiful experience free of blood (there was blood) and pain (it hurt — a lot), and it was awkward (how do you even put on a condom? Do I put on the condom? Does he put on the condom?). He lasted like, the first three minutes of the first movement of Tchaikovsky 5, and we sat listening to the rest of the 49 minutes cuddling with me feeling too bad to ask him to help me finish. Those 49 minutes were weird, because I thought about how much society builds up on losing your virginity to women and saying that it’s “losing your flower” (Monica Gellar) but in reality it’s not even pleasant. I didn’t have rose petals, fireworks, or champagne, and there may have been music but it ended up being more awkward than some sort of movie soundtrack.

However, I’m happy I went into the process with pretty low expectations and a with good grip on reality, knowing that I was going to lose my virginity in broad daylight in my twin-sized bed where my parents could come back any minute with my high school boyfriend who rode his bike to my house. But at the same time, I’m happy I lost my virginity this way, because it helped make every time we had sex after that feel like it was infinitely better than that first time.

Going into the whole ‘losing’ process made me feel scared — that I was losing my innocence, as society was telling me, and that I was becoming tainted, as the church was telling me, and that I was not desirable anymore, as my Asian community told me. Yet it ended up being painful and funny and awkward, and I realized how lucky I am that I was able to laugh throughout the whole process because it wasn’t half as seamless as people make it out to be. Virginity is something that means something different to everyone, and to be honest, losing my Felipe’s nachos virginity was a lot more of a spiritual experience.

If you have comments or concerns about this article, please email editorinchief@harvardindependent.com.