Wilco and other bands stand up to discriminatory legislation. 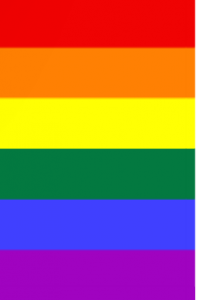 Alternative-rock band Wilco cancelled their performance in Indianapolis to protest the “thinly disguised legal discrimination” of the state’s Religious Freedom Restoration Act, which permits discrimination of sexual minorities under the guise of the protection of religious freedom. Fans who bought tickets for the show, slated for May 7th at the Murat Theatre, will be entitled to a full refund. If you have any doubts about the discrimination inherent in this law, put this article aside and go do some more research on the subject. If you see the law for what it is and want to make more sense of Wilco’s boycott decision, continue reading.

Wilco joins a trend of musicians boycotting performances in response to controversial laws. Stevie Wonder organized a boycott of major musicians from Florida in response to its “Stand Your Ground” law, which George Zimmerman cowered behind after attacking, and ultimately shooting, Trayvon Martin. Sound Strike, an effort started by Rage Against the Machine frontman Zak De La Rocha, organized a boycott of performances in Arizona in response to SB 1070, the law “that requires police to determine the immigration status of someone arrested or detained when there is ‘reasonable suspicion.’”

Admirably, Wilco is taking a clear stance against a gross, anachronistic, injustice. Perhaps their boycott will galvanize their fans into putting more effort into repealing this act. Perhaps their boycott will inspire other artists and institutions to follow suit in expressing their disgust with the act until it gets repealed. The NCAA, the NBA, the WNBA, the Indianapolis Colts, and even NASCAR, yes, I repeat, NASCAR, have already expressed their discontent with the law and in some cases issued the threat of boycott. All of these institutions wield far more power, and have much more at stake, than Wilco. Is there a reason why shouldn’t Wilco boycott?

But I start to think about Wilco’s fan base; liberal, relatively young, the kind of people who would certainly agree with Wilco in opposing Indiana’s law. “Hell, my first introduction to the band was through the sweet, bumbling comedians in Funny People.”

In 2013, (the incredible) electronic artist Grimes took criticism for performing in Russia because of its harsh anti-gay laws. Her response:

“Yes, I am playing in Moscow in 2 days and no, I do not feel bad about it. I don’t think that denying and ignoring the gay community in Russia is cool. I have gay friends in Russia and the only straight person on the Grimes team is James as far as I know, lol.

We are entering safely and it means the world to me to be returning to Russia. It doesn’t hurt the government if I refuse to tour there. Just regular people. So I don’t think it’s wrong to be doing this. Refusing to go to Russia would only hurt fans”

In all likeliness, some of Wilco’s fans are gay and will miss an opportunity to see them perform. Anyone who has listened to their live album, Kicking the Television, knows that for those fans, this sucks. But the quality of the performance or even missing a performance itself is a shortsighted way to view the situation. How performance cancellations help bring about the end of discriminatory laws is a more appropriate way. But so often, it’s nearly impossible to gauge the actual efficacy of these boycotts. While both Florida and Arizona’s blatantly misguided laws still stand today, it’s hard to discount the role of these artists in changing public perception of these laws. After all, the Supreme Court isn’t the court of public opinion. So while I sympathize with the fans that will miss out on an excellent show, to discount Wilco’s boycott would be to discount the entire point of protest.