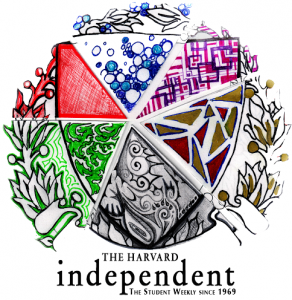 My most recent ex-boyfriend asked me if I could “squirt.”  “It would be so awesome if you did,” he said. “Um, not that I know of,” I replied, “but maybe that just means you need to try harder?”

There is a lot of scientific evidence that the fluid expelled during orgasm is actually just urine.  Perhaps squirting is simply just incontinence caused by stress, or in the case of sex, orgasm. However, most women who have experienced it have said that the fluid neither looks, smells, or even tastes like urine (oh, the things people do for science). And not all science supports the fact that the fluid is urine—there is a lot of inconsistency. In fact, the Journal of Sexual Medicine published a study in which researchers found that this fluid showed all the characteristic of prostate plasma—not urine—and concluded that this might be proof that the female paraurethral, or Skene’s, gland, which is where the fluid comes from, actually functions as female prostate glands.  A more recent French study also showed that the fluid contained prostate plasma, but the fluid, they concluded, was still mostly urine, and its emission was involuntary.

Every woman has different anatomy, though.  The placement of a woman’s Skene’s gland and the ability to produce prostate fluid are both factors that may determine whether or not a woman is able to squirt.  Thus, not every woman can physically squirt, no matter how hard their boyfriends try to make them.

That said, many people, especially men, still hold the belief that women can squirt, and if they can’t make them squirt, then maybe they aren’t good enough in bed.  Women also feel inadequate when they can’t squirt on command or at all, because squirting is associated with intense sexual pleasure. There are many articles that you can find on the Internet that offer a multitude of tips for how to get a girl to squirt.  But as science has shown, it all comes down to anatomy, and just because a woman cannot squirt, does not mean that she does not enjoy sex to its full potential.

If you have comments or concerns about this article, please email editorinchief@harvardindependent.com