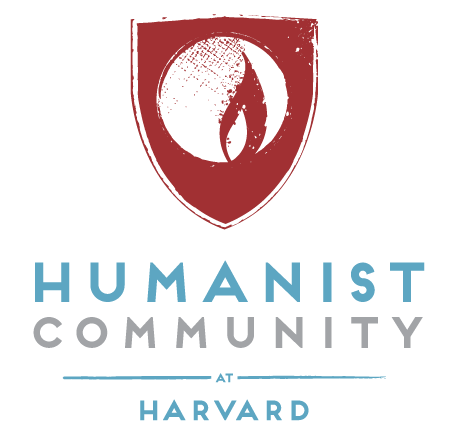 A general wave of enthusiasm and anticipation greeted the Super Bowl this past Sunday; viewing parties across dorms and houses became the highlight of the day. Breaking this sacred circle of tradition, however, was an organization that few people at Harvard even knew existed: the Harvard Humanist Hub. It attracted much attention, as it did praise, censure and debate, with a dual Super Bowl and anti-Super Bowl party at its apartment Sunday evening.
Housed at 45 JFK, the Humanist Hub has existed for over 40 years. The organization’s website claims that the organization served “humanists, atheists, and agnostics at and around the University for over 30 years.” It has, in recent years, “evolved into a hub for secular community programs in Greater Boston and beyond.” The organization seems to do well for an organization funded entirely through donations; it rents an apartment in the posh suburb of Harvard Square and actively organizes events. The Hub offers a range of activities most weeks—from Discussion Groups and Secular Meditation Groups to Book Groups and Game Nights. Access to these activities requires no Harvard affiliation. It also frequently hosts prominent guest speakers, including author Sam Harris and journalist Karenna Gore, among others.

The dual party served to accommodate members who questioned the merits of football. The anti-football brigade faction’s objections include issues like the spike in domestic violence that follows Super Bowl matches, the trauma that arises for players after training long, hard years and the promotion of a oversexualized, sexist culture that washes over passive watchers. Those present at the party felt a very tangible tension along the pro-anti lines, but the officers of the group did a marvelous job moderating the discussion in such a way that the Super Bowl was discussed without insulting anyone’s love of sports. The Humanist Hub, in the words of assistant humanist chaplain Vanessa M. Zoltan, ensured that “the dialogue and debate about whether football is a good thing was at the center.”
So what precise goals does the Humanist Hub seek to achieve? Google tells me that humanism is “a system of thought that attaches prime importance to human rather than supernatural matters.” The Hub provides a place for a growing percentage of non-religious people to discuss relevant issues, from politics to morality, social justice issues, education, etc. The group actively welcomes atheists and agnostics in addition to humanists. An active member of the Humanist Hub, on conditions of anonymity, shared their experiences with the Hub, and with humanism in general. The member in question comes from a strictly religious background and it was in a Greek mythology class during their sophomore year of school that “it just slammed [me] that ancient Greek mythology and Christianity (that was everything in my hometown) were super similar: they didn’t really need to be physically real to serve the purposes they did in humans’ societies and lived experiences.” This experience galvanized them over to the other side, though they still struggle to decide between the humanist and atheist labels as a way of identifying themselves. The differences between a “humanist” and an “atheist” indeed fall along some very gray areas: while atheism claims rejection of belief in the existence of Gods and deities, humanism extends this claim by positing that one can’t rely on a second person’s claim to supernatural processes if they fall in conflict with laws of rationality. Our member in question thinks that identifying as either an atheist or a humanist doesn’t really matter, “They are only slightly different, and can be used in different contexts.”

For someone who was scared even to Google “anything relevant to secularism” and had never heard of the term ‘humanist’, they believe that the Hub has provided a wonderful community to ferment and develop their views, especially through such community building efforts as the Super Bowl/anti-Super Bowl party, and Thanksgiving Brunches. However, the member did think that members tend to be “overwhelmingly well educated, well-off financially, and white.” It isn’t hard to believe this claim. Greater proportions of white people tend to be more educated, and better paid. With larger paychecks comes greater economic independence, more time to dwell on issues of religion and belief, and most vitally, reduced dependence on what the member called a “close knit church community”.

This problem of diversity only feeds back into the national perception of irreligion as a function of privilege. There is much ground to be covered, and the Hub itself is well aware of these issues of representation, and according to our source, has discussed these issues of equality and race on multiple occasions. Appealing to a broader base, however, is not a problem endemic to the Humanist Hub in particular. It requires a significant effort on part of the entire humanist, atheist, and agnostic communities in America and beyond to make itself a welcoming and accessible to people of diverse races and backgrounds. The Hub, meanwhile, lives on, continuing its tireless efforts to serve the humanist community in Harvard and Boston. It gets ready to welcome feminist blogger Aneeta Sarkeesian as the Harvard Humanist of the Year 2014 on February 8th.