Term-time jobs give insight into the human psyche. 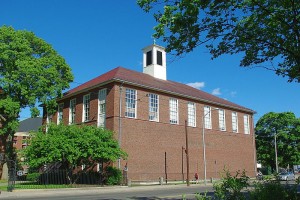 When I arrived on campus in August 2013, like many freshman, I decided to find a job on campus. Luckily, I knew someone who worked in Harvard Recreation and finagled my way into a position for which I was woefully unqualified: swiping cards at the front desk at the MAC and Hemenway. (I’m the one who is usually playing weird folk music). What I thought would be a just a way to make some money and pay for being a college student ended up also being one of my larger time commitments and a place where I’ve learned some interesting things about Harvard and the people who work out here. While my anecdotes are Harvard Recreation specific, I’m sure that the baristas at Lamont Café or the circulation desk workers in the libraries can tell you analogous stories or tidbits of information that they’ve learned.

Firstly, sections suck. I don’t even mean the experience of being in section, but the actual process of sectioning. It’s really preposterous that a class just hits you with a sneak attack bonus meeting. And section is always at the weirdest times: “Class meets on Mondays and Wednesdays from 11-12…and also on Thursdays from 4:17-5:17.” And since sectioning is never done at a reasonable time (like, say, the first week of the semester) it will mess up your work schedule. Understandably, Harvard Recreation gives us our hours before the semester starts, because they want the gyms open when students first show up. And while they understand Harvard students’ need to switch shifts once we pick classes, it is still awkward to then need to request another switch once your TFs finally figure out section times.
Secondly, learning at Harvard is tiring (duh). Lecture might only last for 53 minutes, but when 3 hours of standing behind a desk, swiping cards, cleaning treadmills, and pretending that you want to be polite to everyone feels relaxing, it sort of hits you that 53 minutes of a professor who’s waaaaaaay smarter than you distilling their research into bite-sized chunks is taxing. Because of the relative mindlessness of most on-campus jobs, I actually see it as, if not relaxing, at least cathartic. As much as I complain about some aspects of a term-time job, there’s something to be said for being contractually obligated to be pleasant and ask people how their days are going as you swipe a card or sell a personal training session.

I would also like to think that working at Harvard Recreation (or a café, or the library, or wherever) makes you realize how broad the spectrum is of people’s attitudes when they are not in a traditional social setting. I’ve had a member walk into the MAC, hand me is HUID, then growl, “towel,” and glare at me before I even have the chance to swipe his card. I’ve had more than a few people walk in on their phones, ignore a greeting, then slap their HUID on the desk instead of handing it to me like a normal person. But I’ve also known a researcher who brought muffins in for employees on Saturday mornings and spent 10 minutes asking about their lives. It’s really a neat anthropological experience to see how some people forget that you’re a peer or even a person when you don some goofy work uniform, but it’s even neater (and makes dealing with the latter group more palatable) when you see a great majority of people appreciative, thoughtful, and kind to the person who swipes their card, makes their coffee, or otherwise has a job from which they benefit.

A way to make a little bit of tuition or spending money is a tempting reason to hunt for a term-time job on campus. And if you’re interested, I recommend it. Because even if you look for a job just for the money, you’ll end up a lot more appreciative of the work you do at Harvard, the good people that you meet, and the people who help you out the next time you visit them at work.

Chris Riley ’17 (criley01@college.harvard.edu) is up all night tryna get that rich.