Why I will defend Charlie Hebdo–and freedom of speech–regardless of how controversial it may be. 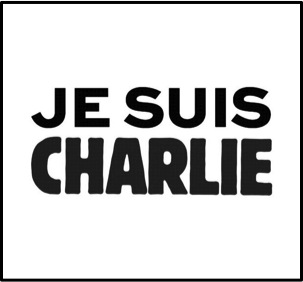 “We do not kill anyone. We should stop conflating the murderers with the victims. We must stop declaring that those who write and draw are ‘provocateurs,’ and are throwing gas on the fire. We must not place thinkers and artists in the same category as murderers. We are not warriors,” stated Gerard Biard, the new editor-in-chief of Charlie Hebdo.

The inexplicable massacre that left twelve people dead at the offices of the French satirical newspaper, Charlie Hebdo, is something I simply cannot fathom. What I have an even more difficult time trying to understand, however, is the shockingly high number of people who criticized what Charlie Hebdo was doing and essentially stated that the newspaper brought the attack upon themselves by employing bully tactics. I did and do not understand how people could try to justify an unjustifiable act. No one has to support everything Charlie Hebdo does, but everyone should support the paper’s right to do it.

I have always identified as a liberal when it comes to most social issues. Although to me this case is no different, I’ve seen too many “liberal” people dismiss Charlie Hebdo as a racist newspaper that had it coming. Racism and satire are not equivalent. Charlie Hebdo does not target one particular religion, and I would argue that it does not simply target Islam but pokes fun at the extremism associated with it. For example, one issue has a sign saying “guest-edited by the Prophet Muhammad” and states “100 lashes if you do not die of laughter.” Rather than simply proclaiming Muhammad as violent, there is a tag on the cover stating “Charia Hebdo” paralleling the name to “Sharia law.” There is a difference between targeting an entire religion and targeting an extremist version of a religion. However, even if the magazine does target religions, its right to do so is deeply engrained in the notion of freedom of speech.

I do not see why making fun of religion is off bounds as a form of satire. If religion can be used as a mechanism to deny various people equal treatment, then why is there an obligation to respect it? As long as Charlie Hebdo is not going out and impeding the freedom of people, then the paper should be allowed to operate and continue to do what it does. A secular society should not be ruled by the dictations of religion. For equality to exist, we must protect the right of an individual to practice his/her faith. However, what is not protected–rightfully so–is the ability of the individual to practice his/her faith free from ridicule. The cartoonists of Charlie Hebdo are no different from the creative geniuses of South Park. Their lives are not worth less than those of religious people, and although we can peg both South Park and Charlie Hebdo as having bad taste, we cannot succumb to a barbarianism in which it justifiable to kill them. Instead of victim-blaming a newspaper that publishes controversial material, let’s analyze the root of the problem. Why should religion dictate morality? It shouldn’t.

It is this same kind of barbaric thinking that “justifies” the killings of gays or even women. Why should a gay person have to respect a religion(s) that states he should be stoned? Why should a woman not be allowed to point out the hypocrisy of “holy” text(s) that states she is lesser than her male counterpart? Religion has been used, and is even continuing to be used today, to justify unequal treatment under the law. Yet it is unjustifiable to simply poke fun at it? As long as Charlie Hebdo does not advocate the murder of innocent people, I will continue supporting a paper whose writers literally put their lives at risk to send a message that is too powerful to ignore.

“Tolerant, but not stupid! Look, just because you have to tolerate something doesn’t mean you have to approve of it! …’Tolerate’ means you’re just putting up with it! You tolerate a crying child sitting next to you on the airplane or, or you tolerate a bad cold. It can still piss you off!” stated by the wise Mr. Garrison of South Park.