A Review of Drake’s surprise album. 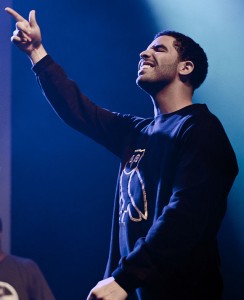 In a handwritten note displayed on the OVO website, Drake announces his latest release to a family of Drake associates, among them, various Toronto producers, childhood friends, and Nicole, a woman who apparently used to visit him back when he was still living in his mom’s basement. He wonders how her kid is doing. Mixtape, album, stopgap project, whatever you want to call “If You’re Reading This Its Too Late,” this project is conspicuously meant more for the people smokin’ in the condo, less for the raucous arenas or college parties, and not at all for the executives of his label, Cash Money Records. Birdman and four-album contract conspiracy aside, this is still an album we can all enjoy.

After doing shows “back to back to back now,” fighting the head of his own record label, and engaging in various public disputes with celebrities, Drake is exhausted, or at the very least, fighting against its approach. He concedes such on early album highlight “Energy” addressed to his enemies trying to “drain [him] of this energy.” For one of the world’s most beloved rap stars, he’s still got a lot of them. So logically he retreats back to Toronto, the 6, his hometown, to express his appreciation for those who have enhanced his life.

As per the actual music he creates for them, it’s a beautiful piece of atmospheric excellence. The production throughout, primarily by longtime collaborator Noah “40” Shabeib, boi-1da, and other Toronto upstarts, is crisp and excellent. It shifts smoothly from soulful to breezy to ethereal to spectral but always fostered in a layer of smoke. Some of the album’s best moments come after Drake has said his piece and the instrumentals drift away peacefully. “Legend,” “Jungle,” and “Now and Forever” amongst many others end in this soothing manner.

Many of the Drake tropes reemerge over the course of the project. He coins a pop culture acronym in “Know Yourself.” “Running through the 6 with [his] Woes” refers to his “Working on Excellence,” which in most cases simply means his friends. Don’t worry; it’s unlikely that this acronym will be used to justify the reckless behavior committed by your friends and coworkers. He writes a ballad to a specific woman in “Madonna,” promising her as much fame as the song’s namesake. He airs his family grievances in his endearing ode to his mother “You and the 6.” Overall, the hooks occasionally stick but plenty of the rapping is forgettable. However, several lines land. “I used to get teased for being black, and now I’m here and I’m not black enough / Cause I’m not acting tough or making stories up bout where I’m actually from.” “My ex asked me where I’m moving, I said onto better things.”

Bonus track “6PM in New York” serves as a literal and symbolic departure from Toronto and Drake’s contained world. The song spans four minutes of Drake rapping with more energy and precision than on any of the previous tracks. He makes it abundantly clear that this project wasn’t for everybody. More importantly, it’s a final reminder that he hasn’t slipped into complacency and that he’s rightfully considered at the top of the rap game. He concludes, “You gotta love it.” And if you, or Birdman, or Kendrick Lamar, or Tyga, or Big Sean, or anybody else not from the 6, don’t love it, he and those who this project is for, don’t care. They never doubted that he has always been, and always will be, a “motherfuckin’ legend.”

Andrew Adler ’17 (andrewadler@college.harvard.edu) is looking forward to more music from the 6.