Reasons why 50 Shades of Grey should have had a trigger warning. 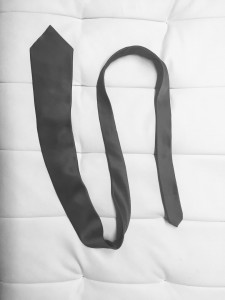 I didn’t read 50 Shades of Grey. I’m telling you this now so that you don’t keep reading thinking this will be some literary critique of the book. And though I would like to think I know more than the average human about BDSM, I’m far from a kink expert, so you also shouldn’t expect this to be a scathing review of how this best-selling series has misrepresented an entire community. You can find plenty of those kinds of articles online anyway. Who I am is a person who has lived through sexual assault, which is why I feel qualified (not uniquely so) to write something about this cultural phenomenon that I haven’t been able to find anywhere else.

Also, if you haven’t seen the movie, but you want to, and you don’t want to know what happens, this probably isn’t the right article for you.

This past Saturday, I celebrated Galentine’s Day with my roommates by going to see 50 Shades of Grey. I had read several reviews, so I walked into the theater in a trolling state of mind, convinced that I knew what I had gotten myself into. I laughed at all of the terrible dialogue, tried to ignore the feeling that I was watching porn with a theater full of people, and shouted indignantly at the (not-quite-an) ending along with everyone else. However, I also felt a deeper, more nauseating discomfort which I confirmed during our post-movie girl-talk sesh, my roommates didn’t feel.

There are some people who think trigger warnings are a sign that society has become too sensitive, or, heaven forbid, politically correct. But how would you feel if I hadn’t given a spoiler alert at the beginning of this article? Probably kind of similar to the countless people who went to see this movie and had to sit through two hours’ worth of romanticized sexual assault.

What’s more, trigger warnings do much more than protect people’s emotional well-being. Putting trigger warnings on a movie, or at least in its reviews (because who doesn’t read the reviews before they watch a movie these days?) is a public recognition that something is not okay with the relationship the movie depicts—and it’s not the fact that Christian has a room filled with whips and handcuffs. It’s that he repeatedly questions her decisions not to have sex with him even after she gives a clear “no;” and that he appears in her apartment, uninvited and supposedly without having been told her new address; and that he feels it’s acceptable to control what she eats, what she drives, what computer she uses, when she sees her mom, etc.

Christian Grey does more than just blur the line between BDSM and abuse; he takes several deliberate steps past it. I’ve talked to too many people, who, because of their lack of understanding of kink, think that Christian and Ana’s relationship is acceptable. That is definitely a problem, but it’s not quite as problematic as the fact that those same people didn’t recognize Christian’s controlling and intimidating behavior and his consent-isn’t-necessary attitude as abusive. Trigger warnings would be a first step in moving beyond the discussions about whether or not Dom-sub relationships are abusive. Secondly, the discussions could turn toward the other less overt, but more relatable signs of abuse in 50 Shades of Grey.

If you watched the movie and felt uncomfortable for more reasons than just the cheesy lines (see “Are you gonna make love to me now?”), that’s perfectly okay. If you watched it and didn’t feel uncomfortable at all, that’s okay too, because the movie did have some positive attributes (see Jamie Dornan’s abs and Dakota Johnson’s butt). But hopefully now, if you decided to go back and watch the movie again, or friends ask for your opinion of the movie, you’ll have a bit more to think about.