The impressive union of art and technology in the new Harvard Art Museums’ inaugural exhibition. 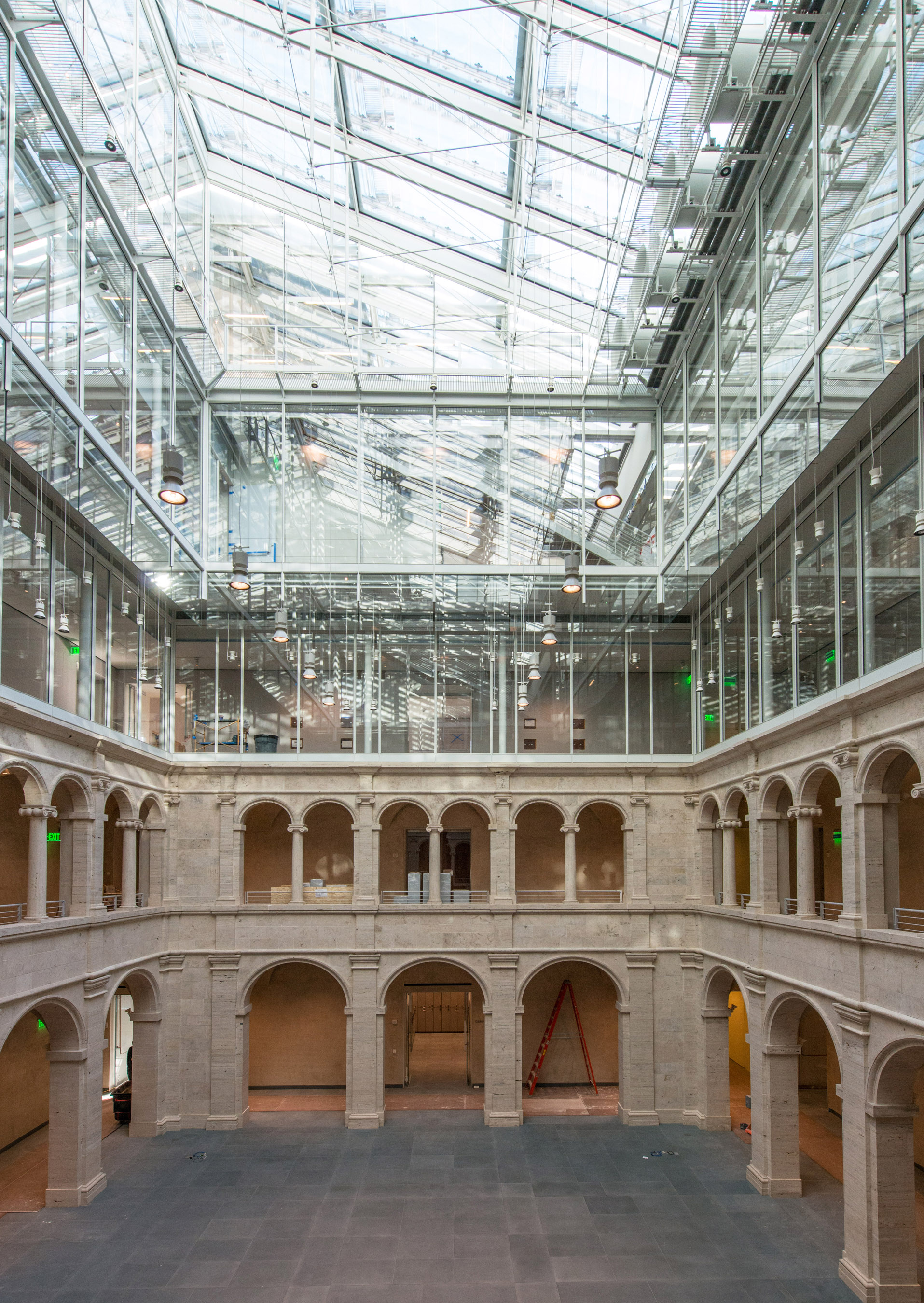 In many ways Harvard is the perfect place for innovations in interdisciplinary fields to occur. It is no wonder that such a place, with its dedication to teaching and learning, could bring together a team of curators, artists, and scientists in order to revive an old, faded, and forgotten painting.

The exhibition galleries features 38 works from Mark Rothko’s collection donated to the school, including various studies and as the centerpiece, six murals, the sixth of which is now being put on display for the first time. Five of the murals were painted for Harvard in 1962 as a commission and were displayed in the Holyoke Center for about fifteen years. However, the Holyoke Center was never the right venue for these paintings. For one, Rothko believed that the color of the walls did not complement the paintings, and additionally, the exposed nature of the room meant that paintings were constantly exposed to sunlight. The spectacular and contemplative murals consequently began to fade. They were thus removed from the Holyoke Center in the late 1970s and put into storage.

The goal of the new conservation tool employed by the Harvard Art Museums is to give an approximation of what the color of the Rothko paintings used to look like. The hope was to revitalize the paintings for the modern audience that never had the chance to experience the murals, in order to give these works their deserved place in art history.
In the case of the Rothko murals, the parameters of the problem were what dictated the paintings themselves. The reason that this was the perfect project to try out this new technology is because the nature of Rothko paintings makes them incredibly challenging to restore through manual techniques, because the use of strokes and color are what give the expression and spirituality to Rothko’s paintings. Additionally, the goal of every conservator is to conserve paintings in such a way that it is reversible, and something like the flick of a switch is about as reversible as it gets.

But the greatest challenge when it came to restoring the original color to the murals was to figure out how to do so accurately. The scientists, curators, and artists involved in the project used the undisplayed mural, which had no color damage, along with old images of the murals. Additionally, the team referenced a series of photographs of the five displayed murals from 1964. Although these pictures had also faded, the conservators worked with an expert who digitally restored the photographs.

The restored photograph of the original was then compared to an image of the current paintings. This comparison is done by a computer which uses new software to create a “compensation image” that is sent to a digital projector, which illuminates the murals to appear as they would have looked more than 50 years ago.
With help from Ramesh Raskar, a computational photography expert at MIT, and two MIT students, the new software that they developed was able to isolate the images’ colors one pixel at a time. The project culminated in each projector becoming composed of 2 million pixels, which project onto the paintings.

The exhibition is also unique because it tries to give a sense of Rothko’s working process through the display of his studies on paper. Although conservators can try to return these murals to their original quality, they decided that viewers needed to understand where they came from, so they juxtaposed the large paintings with some of Rothko’s studies. And in mid-march, the studies currently on display will be swapped out for ones presently in storage. This way, all of the studies for these works can be both experienced by viewers while in the galleries and preserved in good condition while in storage. Plus, it encourages repeated visits to the museums, as if there weren’t enough reason to go back already.

But the main hope with this new exhibition is the greater impact that it may potentially have on the art world as a whole. Will this tool become the norm for restorers? And how will the greater art community react to the restored Rothko murals? Christopher Rothko, Mark Rothko’s son, was very pleased with the way that the murals turned out. He said that the new restoration technique really recreated his father’s true works. Additionally, the museum intends on turning off the lights every day from 4PM – 5PM so that viewers will be able to see the shocking differences in the paintings before and after.

But one thing at the moment that seems most objectionable is the fact that the murals are only scheduled to be on display until July 26th, 2015. After that the murals will be taken down, and after that, the museum plans on reconvening based on the perceived “success” of the exhibition. This seems somewhat questionable given how much time and effort has gone into this project. If the museum really does intend on redefining the role of these Mark Rothko murals in the scheme of art history, why would they only be scheduled to be on display for less than a year? Although it seems that there are still many decisions to be made by the museum, it is interesting that they are not very clear about what the plans were for this highly influential project in the long term.

Nevertheless, I would highly recommend seeing the Mark Rothko murals as soon as possible. It is so rare to be able to experience such great works of art that have been indisposed for so long, and the exhibition itself is nothing short of remarkable.
The Mark Rothko murals will go on display for the public on November, 16th 2014.