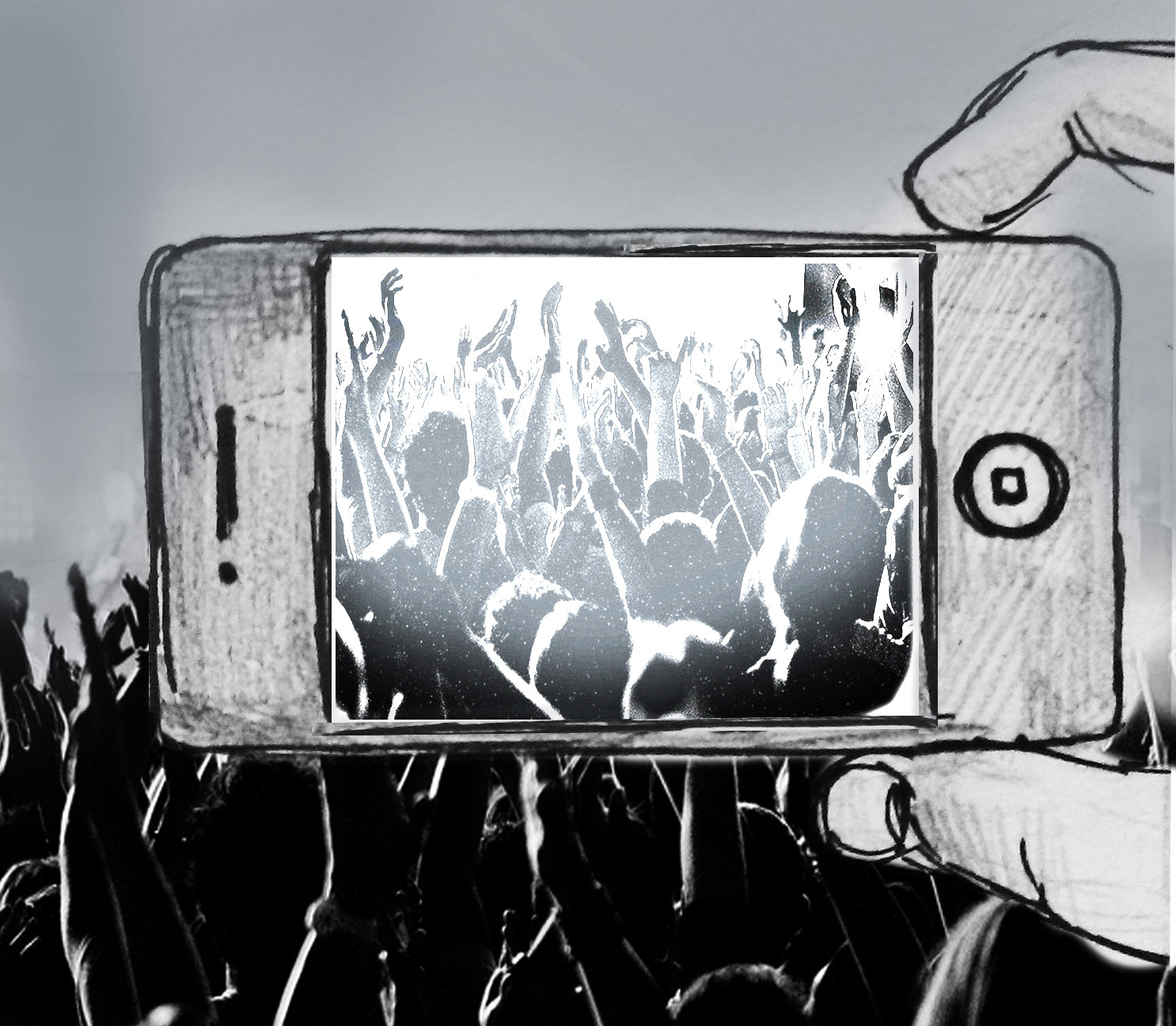 Kindly stop doing it. Instead of capturing a moment for later enjoyment, enjoy the moment, now, while it’s happening.
Look, I love watching recordings of live performances from my favorite artists, but only when these recordings are done by professionals. If a professionally recorded live performance of your favorite song isn’t on Youtube, it’s not there for a reason. The artist didn’t want it publicly released. Have you ever searched for a live performance of a song only to find some grainy, nausea-inducing video taken by someone surrounded by people who won’t shut up? Yeah, it sucks. Don’t be the guy recording that video or the one putting it up on YouTube for a few hundred people to see and quickly be disappointed.

To be fair, I’ve enjoyed the benefit of cellphone recordings plenty of times. For example, during Arcade Fire’s massive Reflektor tour, the Canadian crew would perform covers of songs that had special significance to the city in which they were performing. It was cool seeing Arcade Fire perform R.E.M.’s “Radio Free Europe” and Boyz II Men’s “Motownphilly.” It was also cool seeing a recording of Chance the Rapper performing an unreleased song with Jeremih in Chicago. But I didn’t pay to go to these events. If the artists want to release recordings of these special live performances, then that is their prerogative.

On a more selfish level, I don’t want to end up in a recording at a concert. I, along with other concertgoers, exercise the right to dance and sing like a moron enthralled by the band playing in front of me. Please don’t record me.

I understand another major reason for pulling out your phone at a concert; you need to show off your impeccable taste to your social media buddies. You merely want a photograph to post on Instagram that’s sure to snag plenty of likes. Going to concerts is cool. You’re cool. You want to make that clear to the social media world. That’s fine! I’m guilty of that. Just get that photo and put your phone away.

Broadway plays do not permit recording of their performances, or even photographs of their sets. It’s illegal to record and distribute “bootleg” copies of movies. Why shouldn’t musical performances demand the same respect? While a concert might not be as formal as a play or as expensive to produce as a movie, a concert is still an artistic performance that deserves the same respect. People should view it the way the creator intended. Legendary indie rock band Yeah Yeah Yeahs made exactly that point. Before a performance, they tweeted a note that read “PLEASE DO NOT WATCH THE SHOW THROUGH A SCREEN ON YOUR SMART DEVICE/CAMERA. PUT THAT S— AWAY as a courtesy to the person behind you and to Nick, Karen and Brian. MUCH LOVE AND MANY THANKS! YEAH YEAH YEAHS.”

Plenty of other big name performers have expressed their disapproval of cellphones at their concerts. Jack White recently called it “distracting” and told his fans to “live in the moment.” Prince and Peter Frampton have also come out against cell-phones at their concerts. Frampton allegedly took a fan’s cellphone and threw it into the rafters after the fan repeatedly ignored requests not to take photos. The audience supposedly applauded Frampton’s actions.
On an even more extreme note, I’ve seen someone hold up an iPad at a concert more than once. Dude, not only is that incredibly rude to the person behind you, but it also makes you look like an idiot. The reasons not to record a concert on your cellphone or any other device far outweigh any enjoyment you might get from your subpar recording. Even if it’s just that one song you really love, kindly put your phone away.

Andrew Adler ’17 (andrewadler@college) strives to enjoy concerts in the moment.