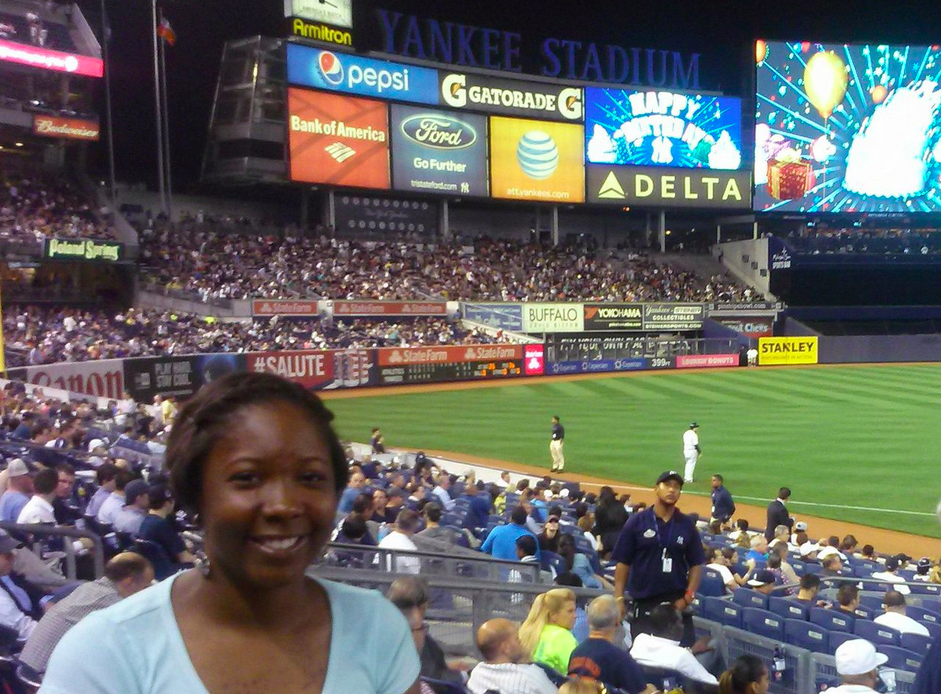 To say that I had an amazing summer would be a gross understatement. I had a summer that was a one in a lifetime experience. Not only did I get to work at the leading sports magazine in the world, but I also had the opportunity to visit Northern Ireland for ten days.

During my sophomore spring, I was frantically filling out various internship applications. I began getting anxious because all of my friends already knew what they were doing this past summer. However, the ubiquitous expression, “good things come to those who wait” rang true for me. The opportunity to intern at Sports Illustrated landed in my inbox, and I immediately seized it. About two months later, I shipped out and moved to Union Square, New York to start my internship.

Working at Sports Illustrated during the summer of 2014 is an experience unlikely to be replicated by future interns. From day one, I was dunked into the fast-paced world of sports. Over the course of the summer I fact-checked pieces on the French Open, the Tour de France, both the NBA and Stanley Cup Finals, watched the fates of Brady Aiken and Joel Embiid play out in the MLB and NBA drafts, witnessed the drama of the World Cup — from Brazil’s rise and dramatic fall to Gotze’s and Germany’s victory — felt the fervor of the office when Lee Jenkins, one of SI’s lead writers, broke the news of LeBron’s return to Cleveland, looked through bound periodicals of issues past to compile content for the 60th anniversary issue, and was filled with disappointment as the Triple Crown slipped through California Chrome’s hooves. The alignment of all those events and many others most likely won’t happen again for several years.

One of the coolest and most-rewarding tasks I had at Sports Illustrated was doing research and fact-checking a story on Kevin Everett for the “Where Are They Now” issue. Everett was a tight end for the Buffalo Bills whose career was ended after he broke his neck in the Bills’ home opener in 2007. Helping on that story made me appreciate the tenacity of the human spirit and the impact that friends and family can have on recovery. It also made me appreciate how sports breed innovation; Everett’s ability to walk within three months may be linked to he hypothermia therapy his team of medics used in his treatment. Seeing how the writer connected all those aspects into one story that read as a snap shot into Everett’s life reignited by passion for sports journalism.

Just being around some of the industries greatest writers like Peter King was kind of a huge fan-girl moment for me. Which in turn made getting two pieces published on their website even more rewarding.

While the opportunities at Sports Illustrated were second to none, my summer was not limited to an extension of my sports writing career. During the week of Fourth of July, I switched gears and went to Northern Ireland for a week and a half as a part of the Clinton International Summer School. Not even being my first time out of the United States, this was my first time leaving the East Coast! When I first got to Northern Ireland, my jaw dropped because it is absolutely stunning. I thought I knew greenery being from rural Georgia, but those farmlands have nothing on the sprawling expanses of rolling green hills. This scenery should be very familiar to Game of Thrones addicts.

The program’s focus was on how to promote and create socioeconomic development in post-conflict societies. Hearing the brilliant innovations and ideas of university students from all over the world made me step back and realize how much of a bubble I live in; I am not just an American university student, I am a global citizen who should strive to be engaged with those all around me.

One of the most harrowing experiences I had while in Northern Ireland was seeing the ‘peace walls.’ These walls literally divided people based on religion as a way to maintain the peace between Protestants and Catholics. While high school history classes gave some background on the history of the Troubles, I wasn’t expecting a Western European country to have such structures.

Despite the programs focus on socioeconomic development, sports were still a part of this leg of my summer adventure. I was able to hear from two panelists how their non-profits used athletics to mediate peace between both groups. Both Peace Players and Sport Changes Life use basketball curriculum to bring youth of both religious affiliations. I found it incredibly interesting that basketball was the ‘neutral’ sport because other sport preferences could reveal your entire cultural background.
After doing more touristy things like visiting the Titanic Museum , the dock where the Titanic was built, and taking selfies in Queens University, I came back stateside to closeout my summer at Sports Illustrated. When I returned, I was mostly continuing my research in preparation for the 60th anniversary issue. Flipping through the red books, the giant periodicals of old magazines, gave me a warm fuzzy feeling of nostalgia. I got to see what Arnold Palmer looked like before his face was emblazoned on sweet tea jugs, the Hulk, and good old days of the XFL.

It was awesome seeing all the work the other interns and myself did get printed in hard copy every week and knowing that millions of subscribers are also reading it. I have to admit to feeling prideful knowing that all those Fantasy Football defensive stats are accurate and that that one guy’s name is spelt correctly in a caption after you spend half and hour checking everything in that one sentence.

My last day at work was incredibly bittersweet. I got used to Monday night pizza, Thursday editorial meetings, and seeing cktk written on everything. But…I did have an amazing last day at work because the managing editor invited me to SI Now, the broadcasting arm of the brand, for a “surprise.” My surprise turned out to be David Blatt, head coach of the Cleveland Cavaliers. Even though he told me that only kids who weren’t good enough for Princeton go to Harvard (he graduated from Princeton in 1981), we hugged it out and joked about trading jobs.

Now that I am back on campus, I am so excited to take all of the lessons I’ve learned from living on my own in New York, travelling abroad for the first time, and working at Sports Illustrated and apply them to junior year.