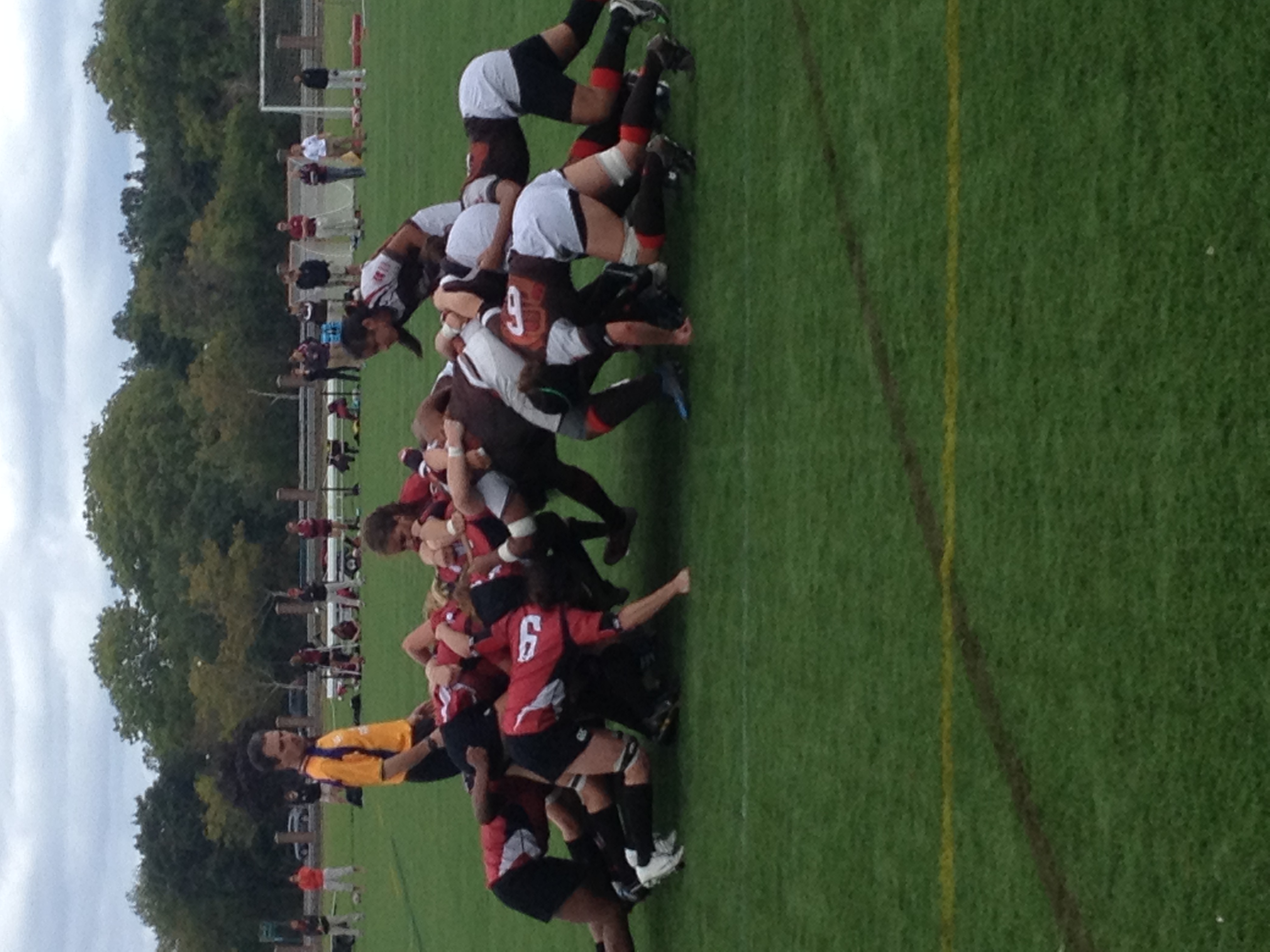 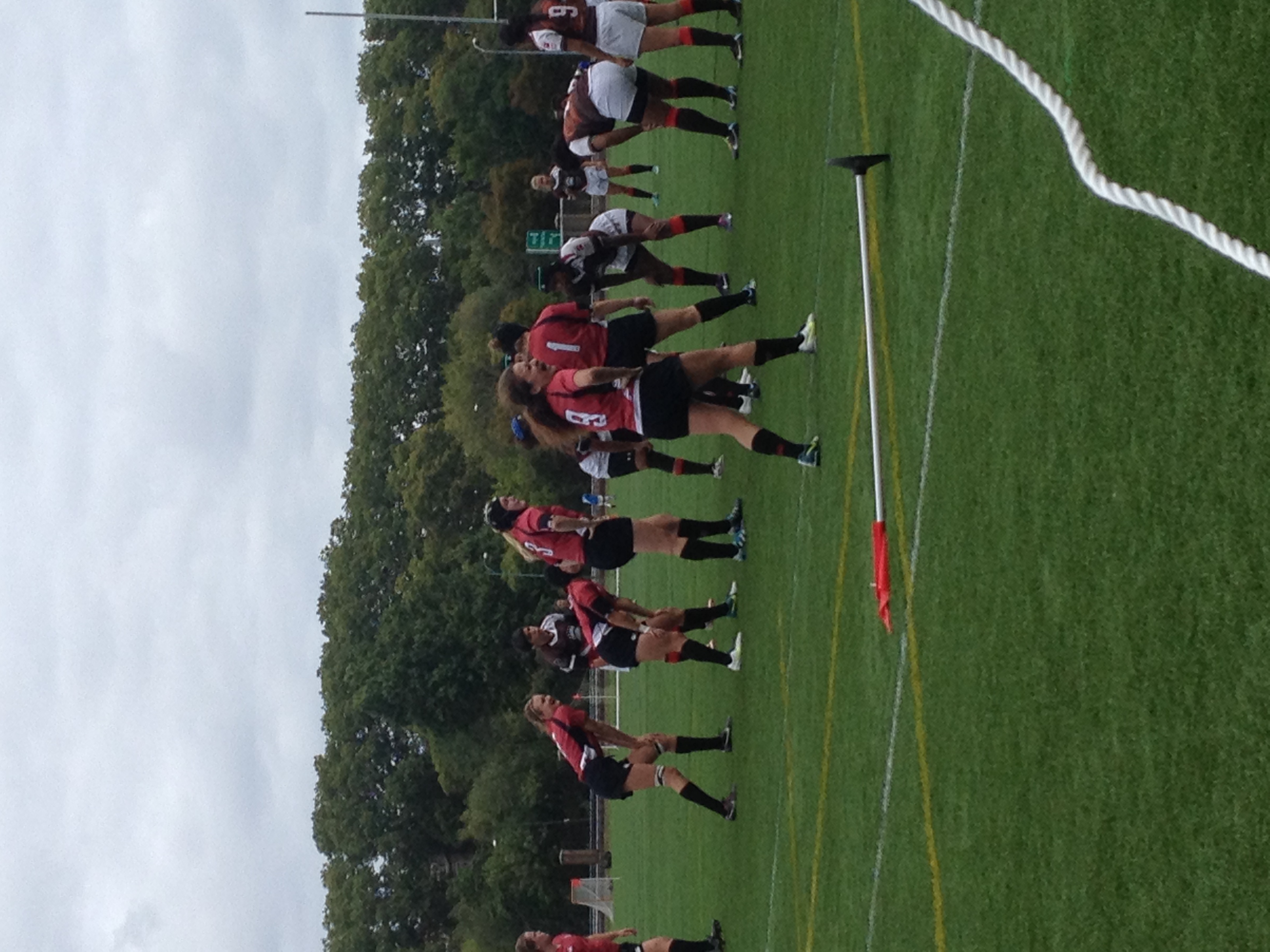 Last season, in their first every season as a varsity program, Harvard’s Women’s Rugby cruised through the Ivy League with little difficulty, eventually winning the conference championship and qualifying for the National Tournament. Coming off such a high-octane season has placed high expectations on the Crimson, who lost a number of key contributors to graduation and injuries. Nevertheless, led by captains Brooke Kantor ’15, Kaleigh Henry ’15, and Hope Schwartz ’16, as well as returning head coach Sue Parker, Harvard’s newest varsity program has been practicing for weeks to be ready for this season’s challenges.

The first conference matchup of the season pitted Harvard against the Brown Bears on September 13th, who just this season were also promoted to varsity status. Last season, the Crimson played Brown twice, winning both matches convincingly. In the regular season, the game was over as soon as it began, with Harvard running away with a 57-7 victory. Then, the two met again in the playoffs, only for Harvard to once again route its opponent, 31-5 in the Ivy League semifinals. With the addition of varsity status, however, many may expect Brown to take the leap from second-tier Ivy League school to championship contenders.

In front of a packed crowd, the first ever matchup between two Ivy League varsity rugby programs began looking to be an exceptionally even match. With no score with 24 minutes remaining in the first half, Harvard looked to finally crack the try line, before an errant pass led to a Brown counter attack. The ball was scooped up by the Bears and charged down the field, before senior fullback Anabiet Abasi ’15 caught her from behind. While the defensive play by Abasi temporarily saved a try, Brown eventually punched the ball in at around the 27-minute mark and converted the kick to go up 7-0.

Only a few minutes later, though, Harvard answered with a new member of the team, flyhalf Taciana Pereira ’17, finding her way to a try after a dominant scrum by the home team, but failing to convert the kick. The 7-5 score would not hold for long, however. After a Brown penalty, senior flanker Lenica Morales-Valenzuela ’15, took the ball on a touch and go before popping it over to sophomore wing Mariah Turner ’17, who darted in for a score. Once again, the conversion failed, but the Crimson took a 10-7 lead. Shortly before the half, Brown regained the lead with a try and a halftime the score stood at 12-10.

All seemed to be going Harvard’s way in the second half, as the Crimson controlled the ball well, showed promise with scrums, lineouts, and rucks, and Pereira remained poised running the offense at flyhalf. With 26 minutes remaining the game, Turner took the ball on the wing, bolted past the first line of defense, ran over the only remaining defender in her path, and scored a try to put Harvard up 15-12. For the next fifteen minutes, the Crimson held off the Bears, playing a back-and-forth field position battle and trying to maintain their lead until the final whistle.

With only 11 minutes on the clock, Brown drove the ball down the field, and, with Harvard missing a gap off the ruck, found an easy path up the middle for a try. After making the conversion, the Crimson found themselves down 19-15. Although, a few more chances presented themselves, some costly knocks and turnovers prevented Harvard from regaining the lead. Eventually, with little time remaining, Brown officially put the game out of Harvard’s reach with a final try, clinching their first varsity Ivy League win, 24-15.

After the game, Coach Parker praised her women, saying, “I could not be more proud of the 15 players who were on the field for us today. They showed effort, heart and grit through all 80 minutes today.” Indeed, the ladies did put together a noble effort. Despite losses to injury, graduation, and various other reasons, the core of the team played hard for the entirety of the match. The loss, while a difficult way to start any season, provided plenty of hope for team’s future.
Their next game is September 20th against Yale, whom Harvard ran all over last year en route to an 84-0 victory. Hopefully, the Crimson can notch their first win against the Bulldogs.