The success of Marvel’s Cinematic Universe 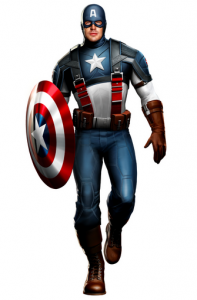 With Captain America: The Winter Soldier being released internationally on March 26, 2014 and planned for release in North America on April 4, 2014, Marvel Comics has accomplished its ninth film in six years as part of the Marvel Cinematic Universe. Currently in its “Phase Two,” the films’ shared fictional universe interweaves the individual story arcs of Iron Man, Hulk, Thor, and Captain America with their combined efforts as the Avengers. Already the third most successful film franchise behind Harry Potter and James Bond, Marvel has ambitions to attain the top spot with at least four more films scheduled by 2016. All of the released films have been blockbusters to varying degrees, but only a handful has been critically acclaimed. That doesn’t seem to worry Marvel however, as the stories and characters of the comics are far from being exhausted.

As a franchise with countless worlds and heroes, Marvel took a bold step in placing these time-honored characters, their allies, and their nemeses in a shared film universe. References to Captain America in Thor’s narrative during the film or after the credits creates a cinematic version of the comic book previews located at the end of Marvel’s published volumes. This allows each solo superhero flick to build towards the teamed-up epics culminating to conclude each “Phase.” First we are introduced to the four iconic heroes as individuals before they unite to form the Avengers. After rescuing humanity from some treacherous scheme plotted in an axis of strange powers, the heroes go back to dealing with personal issues until some greater malevolence comes along that requires their reunification. This formula has driven the elegantly addictive nature of these films. If you want to see explosions, gods, and robots all in one place, then you’ll want to first see how they got there and then how they left. Superheroes are people with lives as well, and the story of each hero works well together to lead into a valiant alliance of good versus evil.

However, that is not to say Marvel hasn’t simplified its diverse comic book world for the silver screen. The cinematic universe has so far been decidedly white male-dominated. No solo films are featured for Nick Fury, Black Widow, or sidekicks like James Rhodes, and other members of the Avengers including heroines like Wasp, Ms. Marvel, and Spider-Woman, as well as minority champions like Black Panther, Shang-Chi, and Sunspot are left out. Of course, the white male characters had deeper storylines in the comics, so part of this slant towards the well known makes sense. But there seems to be a quiet transition. The Falcon, Marvel’s first African-American Avenger to break into mainstream comics back in 1969, will be introduced as a supporting character in The Winter Soldier played by Anthony Mackie. As a fan of Marvel’s strides to make equal opportunity superheroes in its print editions, I hope this is a prophetic sign for positive race and gender portrayals in future superhero films, even if they rely more on SFX than anything else.

As Earth’s Mightiest Heroes, the Avengers are possibly the most successful band of super-crusaders to grace the film stage. While they no longer fight as much on paper, these saviors of the world seem intent on assembling for a long time in front of film audiences to protect the universe, CGI and witty banter included.

Michael Luo ’16 (michaelluo@college) is still waiting to hear back from S.H.I.E.L.D.