Why I decided to change my concentration. 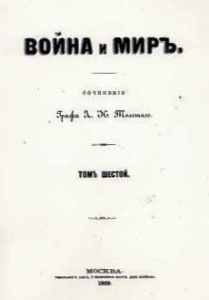 Coming into college — actually, since freshman year of high school, I would say — I knew that I would be an English major. Every year of high school, all of my science and social studies courses seemed to be thrown into the backseat when it came to work. I obsessed over every book I read, every short story I perused, every play I flipped through. I honestly only disliked two books over the course of my high school English classes: The Road by Corman McCarthy and Tracks by Louise Erdrich.

Particularly interesting to me was Russian Literature. From the first Chekhov short story I read (“Misery”) to the final pages of the War and Peace epilogue, Russian Literature grasped my attention in a way that few academic pursuits ever had. The language, even translated, of Tolstoy and Dostoevsky seemed beautiful in a way that few writers could muster. The stories were drawn with as vast a landscape and purpose as the country in which they were portrayed. And the culture captured my imagination as a place misunderstood by many, due to its domineering size.

Thus, when I came to Harvard, it was not so much a question of what my focus would be as it was what my concentration would be. I would study Russian, learning the language and working towards reading Anna Karenina in the original. I would study Russian writing from the distant past to the Soviet era to the present. I had to decide simply whether I wanted to be an English, Literature, or Slavic Languages and Literatures concentrator.

I originally chose English but learned by the end of my second semester here that it was not the right choice. The restriction to texts written only in English would not fit my particular desires. Slavic Languages and Literatures was ruled out shortly afterwards as being too restrictive; that is, I love Russian Literature, but I would rather study it alongside my other favorite writers. I wanted to learn more about American Modernism, Non-Western writings, and where Literature is headed.

In the end, I chose the Literature concentration. Most people, when I told them this, expressed confusion that such a concentration exists. It is incredibly small, but the end goal is noble. Concentrators are required to learn a second (or third, or fourth, or fifth, etc.) language, take classes where reading is both in English and that other language, and engage in a comparative study of Literature. My chosen path was to study translation theory — I wanted to know how the great translators I had read had made their decisions when rewriting all of the classics into English.

After almost a semester of Literature 97, the required sophomore tutorial, however, I decided that the concentration simply was not for me. This has nothing to do with the professor, who is both brilliant and engaging. Nor is it the fault of the students in the class, who push me to be a better reader and analytic thinker. Rather, the Literature concentration was pushing me away from doing something I have always loved more than almost any activity: reading.

Reading for me, even in a classroom setting, has always been a passion more than a job. Yet when I began studying Literature as my concentration, it shifted into something else, toward a direction I did not like the idea of. I was beginning to put off my readings to the last minute. I dreaded going to the weekly seminar. I was not experiencing the same fulfillment that I used to get from reading a book.

Even the books I greatly enjoyed from the class — If on a winter’s night a traveler by Italo Calvino, for instance — became more like a chore than a pleasure. The academic study of reading was ruining the aesthetic pleasure of a good book. We talked constantly in class about secondary sources, literary theorists, and philosophers. I felt people were reducing great works of these people to aphorisms that they could relate to a novel or a play — an end goal that seemed to me both pretentious and undesirable.

Meanwhile, my Linguistics classes and Russian language classes were engaging me more thoroughly. I learned the cultural, historical, and scientific study of language was morphing into my true academic passion, while reading remained a hobby that I would never wish to lose. In fact, the discussion in my tutorial that I participated the most enthusiastically in was one on linguistic theory. Therefore, before I faced a reality where reading was something I could no longer get myself to engage in, I switched over to Linguistics.

I have learned through the process that switching concentrations should not be something people are afraid of. We only have four years at Harvard. I thought coming in that I knew what I wanted. For a while, when I realized that I was wrong, I was afraid to switch over to something else. I had known my path for a long time and suddenly I realized that it was not the path for me. But after talking with a number of people, I made the switch and am now once again excited for school, for academic engagement, and for the simple thrill of learning in a classroom.

I found a concentration that allows me to maintain the empirical and logical steps of a science that I had missed, while still studying culture and people. I found a place within Harvard that supported my interests and will expand my academic horizons. Linguistics is a subject that very few people have experience with before college. Therefore, the classes here are brand new, exciting, and thought-provoking in a way that my English classes before it simply were not. When I switched concentrations, they even took my picture and gave me my own mailbox. That alone actually made all the paperwork and stress worth it. (What was not worth it was having to use that Plan of Study website again.)

So, onward I will journey. Maybe next semester I’ll switch again, to something even more obscure. But I doubt it. I only have about two more years here, and I plan to take full advantage of them within my new department.