Why Gus+Sietse is the best thing to happen to us in years. 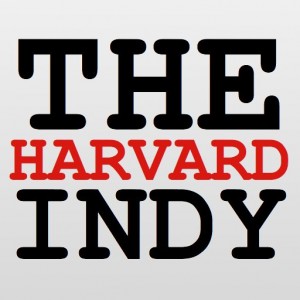 Any more or less self-respecting student knows at least vaguely the drama that surrounded the most recent Harvard Undergraduate Council presidential campaign — a drama surprisingly more comedic than tragic, but scandalous nonetheless.

Sam Clark ‘15 and Gus Mayopoulos ’15 ran on a satirical ticket (“Sam and Gus for UC Prez and VP: You Could Do Worse”) that centered on making tomato basil ravioli (TOMBASRAV!) soup a regular in our dining halls and bringing thicker toilet paper to our delicate derrieres. At every turn in the campaign game, they brought a much-needed note of humor to the process, all while highlighting very serious issues that the UC has long needed to reform.

The majority of students normally don’t even give a second glance at the election process for the leadership of the Undergraduate Council. I don’t think it’s a far stretch to say that most students don’t care. The UC has, largely, been mostly a mythical being that sort of exists in the back of our minds? Maybe? Buried deep in the archival files in the dusty corners of our brain, along with old LS1a exam materials and that one person who was just too much that one time at that one thing. So maybe the UC does things? It says a lot that the most memorable thing about every election prior to this most recent one was the social media templates for Facebook profile pictures and cover photos, etc. It’s always interesting to see what colors people will pick. And if they will finally choose a color other than a variant of Harvard crimson.

Don’t get me wrong, I was really excited about the cool deals they set up for us in the past with restaurants in the Square, and I’m very appreciative of all the extensions to the shuttle schedule that were established. All really great stuff. But it didn’t help the UC become a very visible organization or a very effective avenue of student voice. The UC was largely a bud off of the larger mysterious bubble of the administration, operating only on Harvard’s terms and conditions.

However, every student kept up with what was happening this time around, even if it was just to keep up with the antics of the joke ticket. Students appreciated the humor and the reality that Clark and Mayopoulos brought to the election, but many also considered it a deeply offensive mockery of the system and of the council itself, and a serious insult to the work that the UC does do. So when Clark and Mayopoulos emerged victorious from the results of the election, everyone was shocked — even the two themselves. Clark and Mayopoulos released a photo on their Facebook page immediately after the election indicating their own surprise and their intention to resign in favor of the second-place ticket. “…[R]eally? Guys. We technically can’t yet, but as soon as we can, we hereby resign the offices of President and Vice-President of the Harvard Undergraduate Council,” said the pair regarding the election results.

In a possibly even crazier turn of events, Gus Mayopoulos decided he would not be resigning, and instead assumed the presidency. Sietse Goffard ’15 was internally elected by the existing Undergraduate Council to assume the seat of vice-presidency alongside Mayopoulos.

Since then, the two have really blossomed in their roles, like beautiful little flowers (Read as: I’m really ready for spring to actually come). But what makes them so great? Let’s just preface this with the fact that I was not a believer in Mayopoulos-Goffard when they began. Though I literally am in love with them and what they do at this point, I was not very impressed with their very blasé and non-committal and seemingly flippant introductory email. Yes, there were GIFs, which usually always earn abundant amounts of brownie points in my book — there were even eventually homemade GIFs, which impress me even more — but I did not have high hopes for their time in office.

Mayopoulos and Goffard bring a much-needed lightness to the image of the Undergraduate Council, allowing them to become much more approachable and to be thought of as an actual real organizational entity that exists on campus. However, “approachable” does not equate with a stellar performance. The greater thing that the two bring to the UC this year is transparency. And some serious balls.

I absolutely love that they are calling out the Harvard administration on all the things that we as students and undergraduates care about, and that they’re telling us about it. Let’s start with the transparency. If they didn’t tell us these things, I honestly wouldn’t know about it, and I wouldn’t care, and I wouldn’t be writing this article. It’s essentially a perfect marketing tool for the UC, which I don’t understand why they’ve never used before (although to be fair, I would not really have cared before, and I would not have appreciated needless packing of my already burgeoning inbox), but I actually appreciate knowing what’s going on and how I can be involved if I want to be. Mobilizing the people is a fantastic tool that can undoubtedly help pass issues that the UC has been struggling with for years. The physical support of the undergraduate body is more powerful than any eloquent speech or well-written email can be.

Second, the things that they’re doing have really changed the game, and consequently, the perception of the UC has improved, at least in my opinion. BOGO deals on appetizers and shuttle schedule changes — these have been small issues that are not controversial and are not something the university would have strong opinions on. But now the UC is going so far as even challenging the decisions Harvard administration have made and the stances that they are taking on difficult issues. These steps have not only increased respect for the UC, but also visibility. I know I’ve personally learned so much more about the UC in the past semester than I thought I would ever care to know, and there is so much more complexity to the organization that I had thought.

Every Harvard undergraduate has undergone the transition from believing in freshman year that Harvard is the most rad place in the world with its abundant free food and countless free events and opportunities to believing a little further down the road in their college career that Harvard hates its undergraduates. Though this is not necessarily true, the way Harvard provides for its undergraduate population does leave a lot to be desired. Mayopoulus and Goffard are taking a surprisingly aggressive campaign to change that, and it’s winning them the hearts of the undergraduate population.

Mayopoulos, when asked why he decided not to resign, stated that “the student body does not understand the efficacy and purpose of the UC,” and that he wanted to be part of the solution to that problem. And I, for one, am very glad he wants to do so. The UC could be so much more than just an agent for the university administration to appear to be working with students. The UC is slowly now becoming an agent of the undergraduates themselves and bringing a new and more powerful meaning to student voice.

Though Gus and Sietse never replied to that one email I sent (I even attached three relevant GIFs), they’re making good on their promises to breathe fresh new life into a stodgy and complacent system. All the reporting done on Mayopoulos’s term so far have all be complimentary, stressing his work ethic, his adaptive leadership qualities, his passion for real change, etc. But there’s also an inherent ability to connect that Mayopoulos has projected onto the entire council. He really does seem to care about the UC and to care about the students and what’s important to us. The UC and its members no longer have to struggle with the undergraduate body viewing the UC as a distant and irrelevant thing. I’m really excited to see what Mayopoulos and Goffard will accomplish in the end.

This past Saturday night, my roommate and I were perched on one of the speed bumps along the street in front of Kirkland, just chatting. Gus, out and about himself, runs up to us and repeatedly asks if we’re okay and if we need anything.
A man of the people indeed.

Whitney Gao ’16 (whitneygao@college) was both mortified and extremely amused when her roommate then unsteadily pointed and yelled to our beloved UC President, “You’re a celebrity!!!”