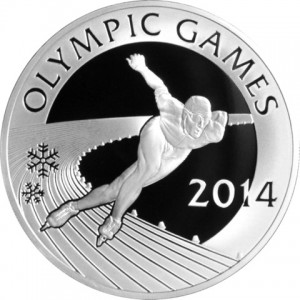 American failures: allowing Justin Bieber to continue to live here, televising Jersey Shore and The Real Housewives, and twerking. Add to this list the American performance at the 2014 Winter Olympics. Now, before I get too far, please don’t think I am blaming many of the amateur athletes that poured out their hearts and souls for four straight years for a few moments of competition. Anyone who blames an underfunded speedskater or collegiate hockey player for a country’s athletic failings is crazy. However, blame is not short. It rests on the shoulders of people like Shani Davis, Shaun White, and Ashley Wagner.

As an American, I expect to win in everything. We are the greatest country to ever exist, and the Olympics is an opportunity to make that distinction very clear. We may not have snow all over our country like Russia or Norway, but we will still beat you. We will have both the most total medals and more importantly, the most gold medals. Anything less is failure. Well, that did not happen. Russia had the most total medals; and Norway, Canada, and Russia all had more gold medals.

Shani Davis, a long track speedskater was the two-time defending Olympic champion in the 1000 meters and two-time silver medalist in the 1500 meters. He did not medal once. In fact, no American speedskater medaled. The skaters blamed everything from the high-tech Under Armour suits to the training above sea level rather than at sea level. Shani, try blaming yourself for appearing in Ralph Lauren and McDonald’s rather than training more.

Shaun White, a snowboarder, was the favorite in both slope-style and half-pipe. He pulled out of the slope-style discipline and failed to medal in the half-pipe where he had won two straight gold medals in Vancouver. White blamed the poor quality of the snow and the dangers of the course. Shaun, try blaming yourself for taking the money to compete in the Winter X Games instead of training in Sochi and worrying about how your new haircut was going to go over with fans.

Finally, we come to Ashley Wagner. Wagner placed fourth at the U.S. Championships, and the United States was only allowed to bring three competitors. Did we take the top three? No. We took Wagner. Many said it was because NBC had already featured her in multiple promotions for the Olympics. Hence, it was no surprise that she did not medal. However, Wagner blamed the judges for her failure to medal. Ashley, maybe you just should not have been there in the first place.

Is anyone seeing a trend? Athlete gets paid big money, it takes time from training, athlete fails to medal, and then we lose the overall medal count. Some people have chosen to blame the two hockey teams for losing to Canada. You think I’m blaming college girls who stopped going to school or professional players who got no money and risked severe injury for the opportunity to compete with USA plastered across their chests? Nope. Others have chosen to blame the male American bobsledders because they won more gold medals in the previous Olympics. Chris Fogt, one of the American bronze medalists, is an active duty member of the military. He reports back to the military in May. You think I’m blaming him? Nope.

When I talked about American failures, I mentioned a lot of cultural references. That’s because our losses in Sochi stretch far beyond the ice and snow. Every four years we usually are treated to the best that sports have to offer — athletes putting four years of their lives on the line for a few minutes of competition on behalf of their country. This year, we strayed from that model, and after a record-setting medal haul in Vancouver, we lost convincingly in Sochi. It was an American failure in every sense.

Peyton Fine ’17 (peytonfine@college) felt the failure of Sochi in his heart while athletes felt successes in their pockets.