Who needs the Arts anyway? …Or do we? 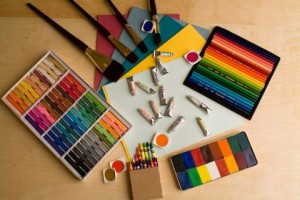 Four months down, I still shudder every time an American pulls out the all-too-beaten card: How different is America from India? Harvard-tired as I often am, I deflect further probation with a superbly exuberant ‘It is just so different!’ with calculated crumbs of ‘culture shock’ and ‘extended adaptation’ dropped in for good measure. But human curiosity gets the better of even the best of us: following in rapid succession comes the elatedly chirped ‘Oh, how so?’ The yarn is let loose; as best as I try to keep my outpourings to what my Expos preceptor would call ‘short and sweet,’ I never really do succeed. The waxing is unabashedly eloquent with unhealthy doses of Americana–thrashing and tangential rants about missing going to school on elephants. But in exploring the many shades of the cultural differences between the two shores, I have realized that every cloud does in fact have its silver lining. For all the perversions that it (to me) seems to represent, the American way of life has its trump cards. I will explore, for the purposes of this last column, one that I see as a major and, sadly, disintegrating weapon in the American panoply: the arts.

The arts came to occupy a prominent place in the cultural fabric weaving through the hearts and alleys of modern day America. From being axles of community life in dusty Wyoming to being ultra-competitive glamour showcases in glitzy Manhattan, the arts have always been linked intrinsically with the American way of life. Artists — from professional musicians to touring ballerinas — have always received societal encouragement to self-actualize through active pursuits of their inclinations; an artist’s life was something that generation upon generation of Americans aspired to. This aspiration today stands at the mouth of the all-subsuming tunnel of annihilation. Funding for the arts has found itself drawing from an increasingly drying well in times of shriveling economic waistlines. This was a fact I encountered most compellingly a couple of weekends back while attending the opening night premiere of the Harvard Ballet Company’s production ‘Gatsby’. Following what was an exquisitely executed first-half (Gatsby being the first ballet show that I attended, I will desist from further exposition), two petite ladies from the troupe waltzed onto the stage, primarily to ask audience members to consider donating to the HBC to help the ballet entourage sustain future productions. Harvard and private donors footed the show jointly. If a university with a not too meager treasury comprising some $32 billion cannot fund in entirety the limited number of student productions on campus, what hope could one really harbor for an entire society to contribute in the maintenance of its art forms?

If bad came to worse, I might be willing to consider the argument that the arts do not directly add to the productivity or total economic product in a society. This way of reasoning, however, sidesteps the larger role that the arts play in a societal context. The arts serve as a way of helping create a society conducive to creation, innovation, and synergy. By conditioning entire peoples to look up to the citadels of creativity and innovation as having qualities worth emulating, the arts may potentially end up as the starting points for a still larger magnitude of economic activity. There have been no official studies on this, but the conspicuous absence of entrepreneurial activity in India, as a proportion of the corresponding population, can potentially — among other factors — be traced back to the stance that India chooses to take on the arts. The arts, as a viable profession and as a part of community life, are virtually non-existent. Being considered as ‘soft’ career choices and not material enough — schools, colleges and parents treat the arts as a fancy-shmancy extracurricular.
There do exist a few battling professionals, who choose to hold on to their passions only to eke out enough for bread and breath. There are, of course, a few who manage to squeeze into the limelight thanks to a whimsical, sensationalist, and largely unconcerned media quarter. The ridiculously nonsensical contraptions spewed forth by the idiot box fill in the corresponding void in the community life; if there is one national obsession after religion that India can claim to have, it is its soap operas. Although that too might have to compete for second place with the national obsession for working in multinational corporations post-college. Indians, in a larger sense, are inured against taking risks; never having been exposed to, much less partaking in, the risk of creation and discovery that professional, funded arts entail, the populace as a matter of principle undermine the value of enterprise, creativity and innovation. I know I stand on thin, undocumented ice when I make this statement, but I believe strongly that the US’s trailblazing panache in industrial innovation and entrepreneurship is, on some level, correlated with the fact that countless American generations have grown up exposed to and encouraged to undertake the swashbuckling journey that the professional arts signify.

Even the primary contention of the arts not adding to the nation’s productivity is one whose logic is — by certain segments of the economy — being refuted, and for good reason. Venture capitalists increasingly view the arts as squarely the same thing as small-scale business ventures that do yield actual returns. Besides the entire monetary aspect, arts ventures may open up employment opportunities for the local population. In an era where strictly skill-based jobs have led to a veritable death race amongst too many people, arts-based organizations just might be the panacea. A minor investment in the arts — say, jointly by the community, by the government, or by private donors — in terms of setting up the training and/or the performance apparatus, will only go on to yield returns both capital and human for the community.

My final argument is one that appeals entirely to moral sentiments – if anything, the arts are a vessel that helps us realize and undertake the full spectrum of human experience. Being a member of society entails, among other things, understanding the human condition down the ages, and no form of human interaction can capture this as precisely and strikingly as the arts can. No book can recreate the terror of damnation as soul-wrenchingly as a live libretto of Don Giovanni or the riotous human spirit as vividly as a Stravinsky composition. Funding the arts becomes intransigently vital for the simple reason that sometimes to realize the external world that we seek to encage – we first might need to realize and engage our unexplored selves.

Aditya Agrawal ’17 (adityaagrawal@college) refuses to eat code, and would much prefer a helping of Tchaikovsky.