Allowing allyship for all. 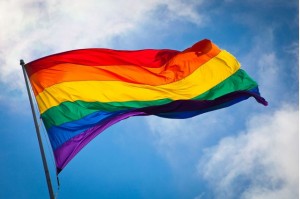 I’m afraid to write an article criticizing the LGBTQ community. I am afraid not only because I might use some terminology that is outdated or dehumanizing. I am afraid not only because of the vitriol with which I have seen members of the LGBTQ community respond to such misspeaks. I am afraid not only because I am straight and my gender aligns normatively with my sex, placing me distinctly outside the Harvard LGBTQ community. I am mostly afraid because I care deeply that the LGBTQ community succeeds in its roles as supporter and educator on Harvard’s campus, and I hope they will take my suggestions as sincere and in line with their philosophy. As someone with gay parents, I have spent my life experiencing shocking disrespect and unexpected acceptance. I thought that would change when I arrived at Harvard, but it didn’t. Being a part of this place has the potential to change powerful minds. Why would we reject an opportunity to educate the (purported) future leaders of the world?

I am impressed and grateful for the activism exhibited on campus. But the efforts to engage fruitful dialogues that educate as well as support seem to have run into some serious language barriers. Some subsets of the LGBTQ presence on campus have shut themselves off: either you know the lingo or you don’t. If you don’t, you’re at best not suited for these discussions and at worst queer-phobic. This exclusion of people who can’t talk-the-talk — which includes not only straight people, but also some members of the LGBTQ community — isn’t right. It isn’t going to get us anywhere.

I participated in an “Allyship Training” earlier this year as part of a longer advising training. I thought I would be familiar with most of the basics. I’ve spent my life on the periphery of the LGBTQ community, watching every documentary about coming out, the AIDS epidemic, and Harvey Milk that exists. I am one of only a handful of people I know who have been invested in the LGBTQ community their entire lives. So when it came time to be “trained” in a role that I have spent twenty years occupying, I thought I had it made. But all the training consisted of was terminology: defining preferred gender pronouns, allyship, strong-space, and other academically construed terms. I don’t mean to undermine the importance of these things. But I was angry that a training that should have focused on the big picture emphasized minutiae. For one, there was no mention of serious mental and physical dangers LGBTQ people face every day around the world. There was no mention that people from this country and others execute violence against gay people without legal repercussion (or even with legal support). There was no mention of the high rate of suicide among gay youth, the very people who make up a large portion of our campus community. How is everyone supposed to be an ally if they don’t even know why allies are needed?

I wish I could say Harvard was an all-accepting place. However, in nearly four years here, I have often witnessed narrow-mindedness I never imagined would be present at one of the most educated places in the world. It has come from every possible group, in every form, but because I am most attune to gay slurs, they’re what I’ve noticed most. Good friends of mine in my freshman entryway were outspokenly disgusted when I was watching Brokeback Mountain. I considered not telling some friends about my family because of the frequency with which they used derogatory language. And if some members of The Ichthus purport such extreme views about Judaism, imagine what they think of The Dreaded Homosexual! Most people I’ve met here grew up being taught homosexuality is wrong, or at least were never educated against that doctrine. But that shouldn’t mean people can’t change once they get here: after all, we are here to learn.

The most effective way I’ve found to get people to stop using slurs is to tell them about my family. It’s the same strategy Harvey Milk encouraged when California was voting on the Briggs Initiative, a proposition to ban gays and lesbians from teaching in public schools, in 1978. Once straight voters realized that gay people were among their colleagues, friends, and families, it was easier for them to identify with the gay community’s position. A gay person could come from any family, any place, and any time. This makes individuals powerful spokespeople when it comes to education. All people are more likely to listen to those who we know and respect, and, importantly, we are more likely to listen to those who believe we have the capability to listen.

For example, if we assume all straight men are lumbering masses of homophobic rage, we won’t ever have the chance to find the reasonable ones. And they’ll never have the chance to prove themselves. But if the LGBTQ community and their allies are confident in our identities and willing to explain identity categories other people might not know exist, we might make some progress in mutual respect. It’s not an individual’s fault if he or she has grown up without exposure to the LGBTQ community and has no context for its various subsets. These people are at fault if they don’t want to learn or if they start out aiming to disrespect. But I think that, at least at Harvard, the LGBTQ community and its allies could try harder to be inclusive of groups we might be predisposed to reject. In real life, this can be a dangerous decision. But we’re at Harvard, where the worst thing that could happen is a scathing write-up. We’re trying to make a community out of disparate groups: this is no small task. So while we should not tolerate anything but a will to engage, we should treat that will with respect and our full attention.

Real people in real life are disappointing. Prejudices are hard to shed. On a societal level, only determined hard work will accomplish any reasonable level of equality. But we’re human, too, and much of what means the most to us are small group and individual interactions. In a low risk setting with one very important part of our identity in common, it seems worth trying to be inclusive — and maybe even give people the benefit of the doubt. A few changed minds can set off a chain reaction. Because you know what? Bros are people, too.

Christine Wolfe ’14 (crwolfe@college) would love to teach a WGS seminar on bros and their peoplehood.