A Harvard legend passes away. 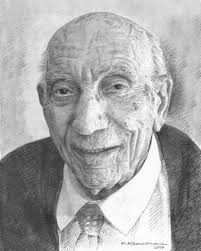 On November 24th 2013, the Harvard Independent received an email from Vida Ghaffari, the daughter of scientist Abolghassem Ghaffari, who with much sadness, informed us that her father had recently passed away on Tuesday, November 5th at 10:55pm in Los Angeles. He was 106 years old. The Harvard Independent would like to take this opportunity to remember his past accomplishments.

He was awarded the U.S. Special Apollo Achievement award (1969) at a White House ceremony with President Nixon, the Imperial Orders of the late Mohammed Reza Shah Pahlavi in Iran, and received the Distinguished Scholar award from the Association of Professors and Scholars of Iranian Heritage (APSIH) at UCLA.

Ghaffari first came to Harvard University in 1950 as a Fulbright Scholar, when he was invited to give lectures on Differential Equations as well as to continue his research on Gas Dynamics. He was honored here at school for his lifetime of achievements just this past October and also appointed as a Hall of Fame inductee by SINA (Spirit of Noted Achievers).

“He really enjoyed teaching at Harvard and being a researcher there. He also loved Cambridge,” his daughter said.

Ghaffari was educated at the Darolfonoun School in Tehran, the first modern university in Iran. It has since developed and expanded over the years and is now known as the University of Tehran. He then went on to France to study Mathematics and Physics at Nancy University and obtained post-graduate diplomas in Physics, Astronomy, and Higher Analysis before obtaining his doctorate for basic research on the Mathematical Study of Brownian Motion with “mention tres honorable”, from the University of Paris, commonly known as the Sorbonne. He received a Ph.D. in mathematics on the “Velocity-Correction Factors and the Hodograph Method in Gas Dynamics” from King’s College of London University, a place where he also lectured as a Research Associate.

It is here that his long and fortuitous academic journey led him to Harvard where he continued his research. Soon after, he went to Princeton University as a Research Associate in Mathematics. While there, he worked with Albert Einstein on the Unified Field Theory of Gravitation and Electromagnetism at the Institute for Advanced Study. J. Robert Oppenheimer, well known as the man who headed the U.S. atomic bomb program during World War II, was director of the Institute at the time and the one who interviewed and hired Ghaffari. They later became friends.

Shortly after, Ghaffari moved permanently to the U.S. to take up a position as a senior mathematician at the U.S. National Bureau of Standards where part of his worked involved calculating the motion of artificial satellites.

He later joined the manned space program in 1964 as an aerospace scientist and studied the mathematical aspects of different optimization techniques involved in the Earth-Moon trajectory problems, and different analytical methods for multiple midcourse maneuvers in interplanetary guidance at the National Aeronautics and Space Administration (NASA) Goddard Space Flight Center. For this, he is known as the man who “who calculated how to fire the Apollo moon missions so they would go into orbit around the moon and not fly off into space”. He also investigated the effects of solar radiation pressure on the Radio Astronomy Explorer Satellite Booms and the effects of General Relativity on the orbits of Artificial Earth Satellites.

He is survived by his wife, Mitra, and his two daughters, Ida and Vida and interred at Pierce Brothers Valhalla Memorial Park in Burbank, California. In lieu of flowers, his one wish was to have a scholarship in his name for young Iranians studying Mathematics or Science.