Making up for lost time. 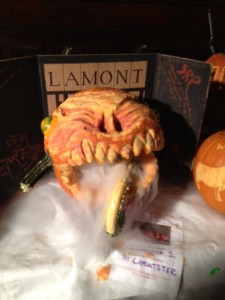