A hard pill to swallow. 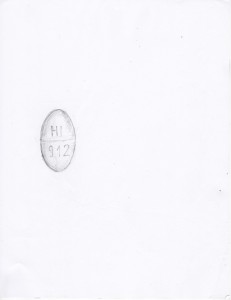 For a country that prides itself on its advancement in technology, infrastructure, and research, the United States has unsurprisingly been responsible for a number of the most significant medical advances in the last century from the life-saving (chemotherapy) to the life-improving (Pepto-Bismol). Modern medicine plays a vital part in our lives as American citizens — so much so that it might even be ingrained in our culture. In any suburban household, not a scrape goes unattended nor does a headache go untreated. While this is largely well intentioned, there does exist a darker truth in our love affair with pharmaceuticals, specifically regarding painkillers. The over-prescription of painkillers in the United States does as much harm as it does good due to the increasing misuse and abuse of such drugs.

I posit a simple statistic: The United States of America, while containing five percent of the world’s population, is responsible for 80% of its painkiller use. That percentage translates into 16 times more use than we proportionally ought to have, all else being equal. As the numbers suggest, something doesn’t add up.

Taking numbers at face value can be misleading. When considering the staggering rate with which we consume painkillers, one naturally expects the United States as a developed nation to provide its citizens with better access to painkillers and other drugs than do developing and emerging nations (e.g. India, China, Brazil, Russia, etc.) However, the average U.S. citizen still consumes painkillers at over twice the rate of their peers in other developed countries such as Japan, Germany, Great Britain, and Sweden — all of which boast equal access to medical care and comparable if not higher life expectancies. So, if American citizens are not necessarily healthier for it, then why does the use of painkillers in the U.S. so far exceed that in other countries? Again, something doesn’t add up.

The problem we can point to is drug abuse. In 2012 alone, drug abuse was either directly or indirectly responsible for close to 15,000 deaths in the United States, more deaths than heroin or crack cause each year. This is not to say that painkillers are more destructive than either of these two highly illegal drugs, but it does go to show that their ready availability and perceived harmlessness can make them equally dangerous.

This discussion does not necessarily concern “addicts” or “junkies”: rather, it concerns people like you and me — students, young adults, and working professionals, typically from stable backgrounds in high stress environments (Harvard fits this mold). What might begin with Tylenol, Advil, and Ibuprofen can easily evolve into Demerol, Vicodin, and Percocet, all of which are easily available to those who so desire. Perhaps, in an era of experimentation, we find ourselves tempted by the few leftover pills from, say, a wisdom tooth surgery. Perhaps one day we decide to mix a few of these supposedly harmless painkillers with a few drinks. Perhaps the night ends well. Perhaps it doesn’t.

We then arrive at a mildly unsatisfying but increasingly frightening conclusion: we know very little about how painkillers function in each person’s body, particularly when they are mixed with other medication and or alcohol. But given how readily accepted and deeply entrenched their use is in this country, chances are, a malignant addiction to painkillers begins with a benign prescription.

Manik Bhatia ’16 (mbhatia@college) urges all to think carefully about even the smallest decisions.