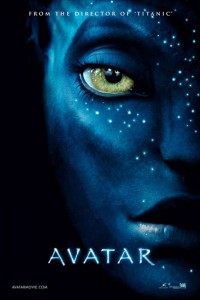 Mass cultural popularity is an odd phenomenon. I’d never given it much thought up until a couple weeks ago, but when I did get to thinking about it, I couldn’t come up with a really self-evident reason that anything should have mass popularity—that is, popularity that spans generational, socioeconomic, and cultural groups.

Getting all “four quarters” (older and younger men and women) to show up, as they apparently did for Avatar, is in large part a matter of the ability to command capital and use it to fund saturation advertising, but saturation advertising in itself is no guarantee of success. The notorious Scientology-funded stinker film Battlefield Earth certainly had the saturation marketing lined up. One of the worst decisions I ever made was to see (part of) it on DVD.

Ah, Battlefield Earth: one of the worst critical and commercial flops in the history of film. I’ve mostly blocked it out, but here’s the plot as I remember it, with a refresher from Wikipedia: Big, tall aliens with dreadlocks come to Earth. Why? I don’t remember, but apparently they want to live here. Unfortunately, the environment is poisonous to them, which causes all kinds of difficulties. They kill off all the “natives” (humans), except a few they keep around to mine Unobt—ahem—gold.

A few tribes of humans remain, living in harmony with nature in remote locations. Our hero is one such tribesman, and after learning the mystical ways of the “Psychos,” he leads a ragtag group in an insurrection, using commandeered airplanes that they learn how to fly with a week’s training. They triumph (and at this point I’m relying entirely upon the Wikipedia entry) by teleporting an atomic bomb across space-time to the Psycho homeworld. Also, there are several scenes at Fort Knox for no apparent reason.

There are a lot of things wrong with Battlefield Earth—almost everything, in fact, is wrong with it. But I think it’s indisputable that the plot is among the problems. And in case you’re one of the few alt-weekly readers who has neither seen nor heard about the plot of Avatar, the plots of the two movies have striking similarities, both in broad outline and in smaller details. The problem with Battlefield Earth, and what truly separates it from Avatar, is that the plot is not formulaic enough. Suddenly we’re in Fort Knox, cave men are turning into fighter pilots, and John Travolta is snarling while wearing lots of prosthetic face makeup. Incoherent, ridiculous and superfluous images flit across the screen and soon enough the audience shuts down and ceases to identify.

The formulaic, “clichéd” plot of Avatar has come in for a lot of criticism, and at times I can see why: the joints of the story show pretty clearly, but the archetype-heavy plot elements of the film all have millennia-long track records of giving people pleasure and, more subtly but just as importantly, providing a way for people to reflect on their own lives.

Let me present an analogy: the classical form of the symphony, with its fast movement, slow movement, dance, and finale. Symphonies written in this manner aren’t meant to put people to sleep. The symphonic form (like the sonnet form, the form of the 12-bar blues, and so on) allows the listener to catch his breath between moments of appreciating the composer’s genius. Creative endeavors that utilize form (that is, most creative endeavors) open a matrix of common expectation between artist and art viewer, and observing adherences to and deviations from this matrix allows the viewer to experience the pleasure of cognition. Art that makes us feel foolish, baffled, and estranged is often great art, but it rarely achieves mass popularity. You don’t see folks walking down the street whistling “Threnody for the Victims of Hiroshima.”

Most lovers of poetry don’t dismiss the sonnet form. When I see a sonnet, I don’t say, “Ah, but this has been done by Petrarch and Shakespeare! I am not interested.” If I observe the symmetries and contrasts characteristic of a good sonnet, and if the rhyme and meter is correct and natural, I recognize as much, and the act of recognition is part of what produces the particular pleasure that a sonnet can yield.

Critics are reluctant to apply the standards of the sonnet and the symphonic form to the analogous classical form of the folk story, which has variously been called “The Hero’s Journey,” “the quest narrative,” and “the monomyth,” but audiences exhibited no such reluctance in the case of Avatar. Joseph Campbell popularized the “17 Stages of the Monomyth”—“The Call to Adventure,” “Road of Trials, “Refusal of the Return,” et cetera—and though most of the audience of Avatar is unfamiliar with specific designations, we have no trouble recognizing the stages, almost all of which occur in the film.

I think it’d be interesting to go through the script and lay out the structure in Campbellian (or perhaps Proppian) terms, and I haven’t done it, but I don’t perceive a mismatch between the plot of Avatar and its visuals. It is a world of abundance and variety, and the plot is likewise an abundance, full of mythopoeic markers for the audience; these markers are what gives Avatar its speed, its “page-turner” quality. To return to a musical analogy, James Cameron creates movies in a Mahlerian mode, working through a structure that at once sustains his subject matter and is dwarfed by it. And like Cameron, Mahler’s work was not always popular with critics; it was thought to be too shaggy, too baggy, or too emotive.

I’m not making the claim here that Avatar is great art, or that James Cameron is a great artist.  Avatar is commercial art, and Cameron is a commercial artist. His goal, as he himself readily admits, is to make money by giving people enjoyment. But that in itself, coupled with a critical perception of naiveté, should not be sufficient cause to dismiss his work.   Most of the art that high culture reveres and preserves was commercial art written to please people first; fulfilling aesthetic objectives was a secondary goal.

Perhaps sometime in the future, Cameron’s films will enjoy the same high culture patronage that keeps Mahler’s symphonies and D.W. Griffith’s films in circulation. But actually, I doubt that it’ll be necessary.