As the Indy Arts romance beat reporter, I bring you the best celeb gossip story EVER (via smartbitchestrashybooks.com, your best source for romance news and snark). From the blog of the New Republic (yeah, wrap your head around that, real quick):

According to numerous eyewitnesses, George suspected the woman was snapping photos of him and Sarah, so he asked her to stop. Fabio got up and went over to George’s table — not to apologize, but to explain that the photos weren’t of George. “I thought you were a nice guy,” Fabio, 48, said to George, 46. “Stop being a diva.” Those were apparently fighting words, because George stood up and the two started arguing until George went to push Fabio! “The waiters broke it up before it got out of hand,” the eyewitness reveals.

Fabio’s only comment: “George is lucky he didn’t end up in the ER.” God willing, there will be pictures, which we will post as soon as we see them.

I’m so conflicted! Who to root for? Can I just express my love for the golden-tressed (romance novel) cover model? He’s pure cheese, but in a self-conscious way, like William Shatner. And he seems like a pretty cuddly, sweet guy. Then again, you have to respect George Clooney — the man’s socially conscious, and he makes excellent films. But I still haven’t forgiven him that Oscar speech about how progressive Hollywood is, right before they passed over Brokeback Mountain for the relatively safe Crash.

At any rate, we know who wins in the camp and hair departments: 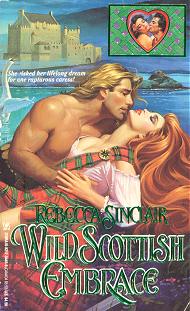